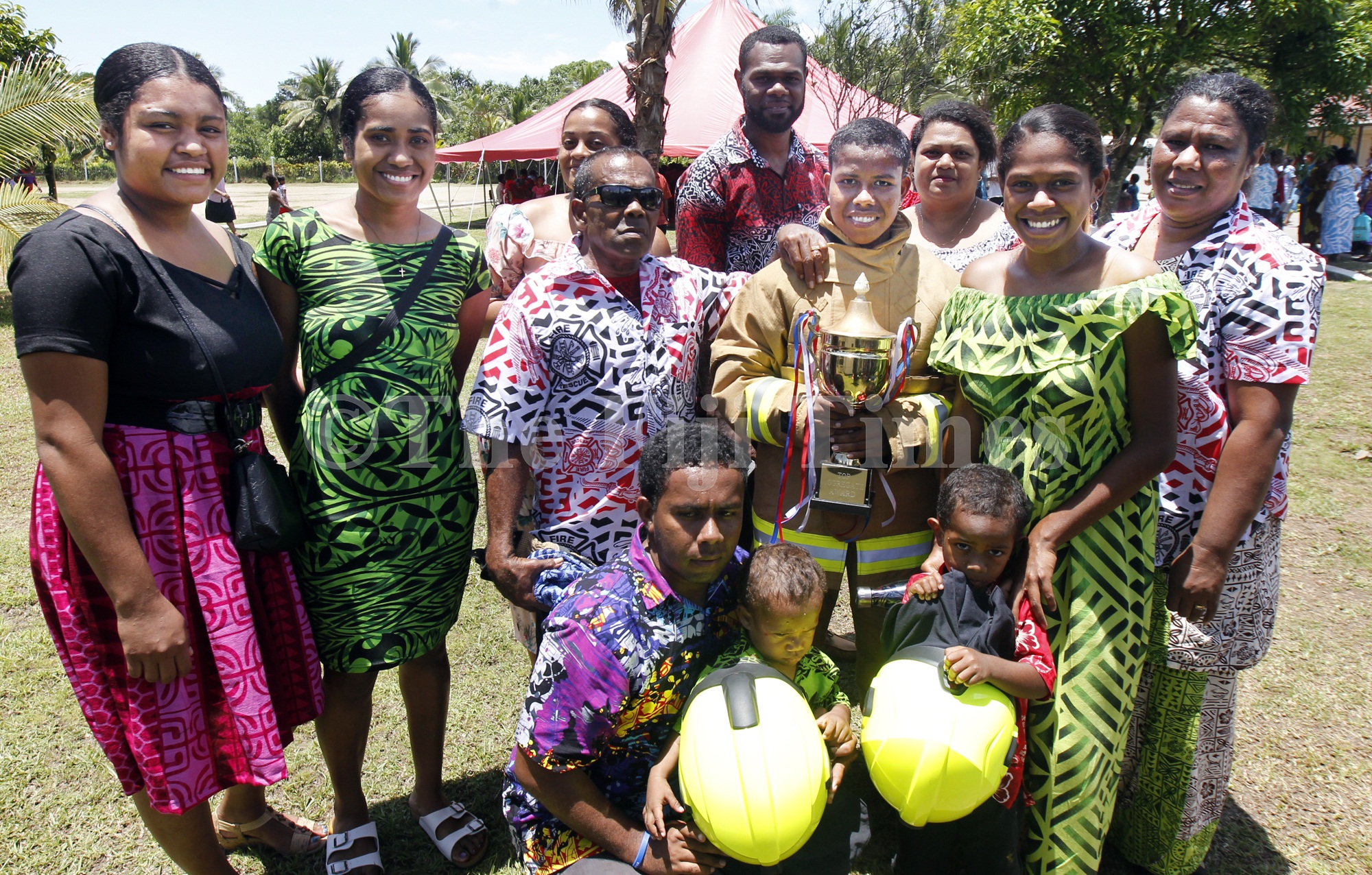 Neli Vugakoto with her award and family members after Fire Warden passing out parade this week. Picture: ATU RASEA

NELI Vugakoto was on top of the world on Wednesday.

She became the first female firefighter to scoop the top aggregate award after enduring 11 weeks of intense training.

At the end of the day, Ms Vugakoto, 19, described her graduation as one of the best days of her life.

She was determined to get the award after she was told no female had been a recipient.

She spoke about the challenges of growing up in a big family.

It motivated her though, to become the person she turned out to be.

Ms Vugakoto said she had aspired to be a nurse and earlier this year was studying Biology at the Fiji National University.

However, after seeing an advertisement for firefighters, she decided to do something new.

Ten women were among the 68 new firefighters that graduated.

In the face of that, the national women’s rugby sides, the Fijiana 7s and 15s have been impressive this season.

They reached out for the skies, living their dreams in a competitive field.

Levuka woman Eileen Cikamatana has been on fire on the international stage of weightlifting, and now carries the Australian flag.

She has been turning heads with powerful performances that have catapulted her to the top of the international rankings.

They all stand out as testimony of the strength and resilience of Fijian women, and their emergence as a powerful presence in our nation.

Interestingly we have just ended the 16 Days of Activism against Gender-based Violence campaign, on December 10.

Phumzile Mlambo-Ngcuka the Under-Secretary-General of the UN and executive director of UN Women, in her message for the special day, said: “If I could have one wish granted, it might well be a total end to rape.”

The 16-day long global campaign is an event commemorated annually to shed light on all forms of violence against women in Fiji and around the world.

The Fiji Times joins in the campaign to encourage people to be aware of gender-based violence.

We realise though that there has to be a collective effort to make a difference.

That means every Fijian must learn to appreciate the importance of addressing gender-based violence.

Being aware is the first step.

We must take the next step to understand the impact of violence on the lives of affected people, and make an effort to change the mindset, and to make a difference.

Our women play an important role in our nation.

They have an important place in society, and deserve acknowledgment for their role in moving our nation forward.

Let’s work together on this.

Recognising our women should not be confined to an earmarked period annually.