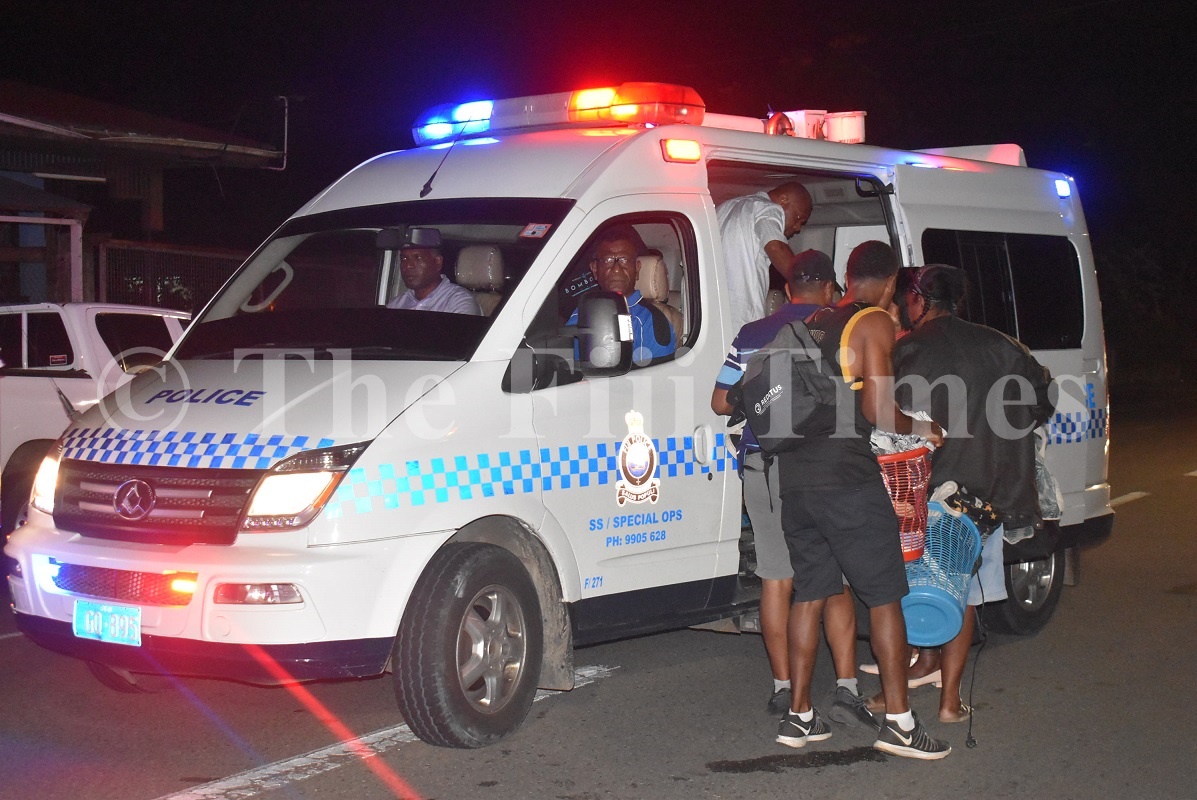 Residents at the house that was attacked at Rewa street are been taken in to Raiwaqa Police station last night (Tuesday, October 4, 2022). Picture: SOPHIE RALULU

The scenes on Tuesday night, at Rewa Street in Suva were like those taken off a movie set about gang violence.

It was horrifying for those who were there.

It was a frightening look at gang violence and why we should be asking tough questions now.

When all is said and done, and as police continue investigations into the cause of the brawl that forced more than 50 police officers and 10 vehicles to rush to the scene, we are left to ponder on reasons.

Why are we letting our young get involved in such violence?

Witnesses claimed police numbers had to be beefed up after the first officers at the scene were outnumbered.

As our report today points out, an eye witness who spoke under the condition of anonymity claimed the incident happened just after 6pm.

By the time our team arrived at the scene, police had managed to contain the fight.

Chief Operations Officer Assistant Commissioner of Police Abdul Khan was at the scene on Wednesday night overseeing the arrest of the men involved.

“It was horrifying to see them throwing bottles, iron rods and sticks at each other,” the witness said.

Police Commissioner Brigadier-General Sitiveni Qiliho said an incident management team set up on Wednesday had received information of a plan to attack the occupants of the house of interest.

More than 50 officers, he said, were mobilised and deployed to contain the brawl, and the youths were dispersed.

For their own safety, he said, the occupants of the home were asked to relocate.

The Police Commissioner has ordered a probe into the owner of the property and any unexplained wealth of its occupants.

There will be concerns for the welfare of residents living in the area.

We are glad that police eventually brought everything under control, however, there is concern about any possibility of retaliatory attacks.

That has to be considered.

We are hopeful that common sense will prevail and that those involved will have some concern for those around them.

This frightening turn of events cannot be tolerated and we urge the powers that be to get to the root of the incident, and work towards ensuring the safety and wellbeing of residents.

People expect to live in peace, secure in the knowledge that such incidents will be effectively dealt with quickly.

To date, we have had a number of brawls that have spilled onto the streets in and around the Capital City.

Something must be wrong somewhere!

Our challenge is to be vigilant, to understand the cause of such violence, and to work towards bringing back peace and security to the streets of Suva.