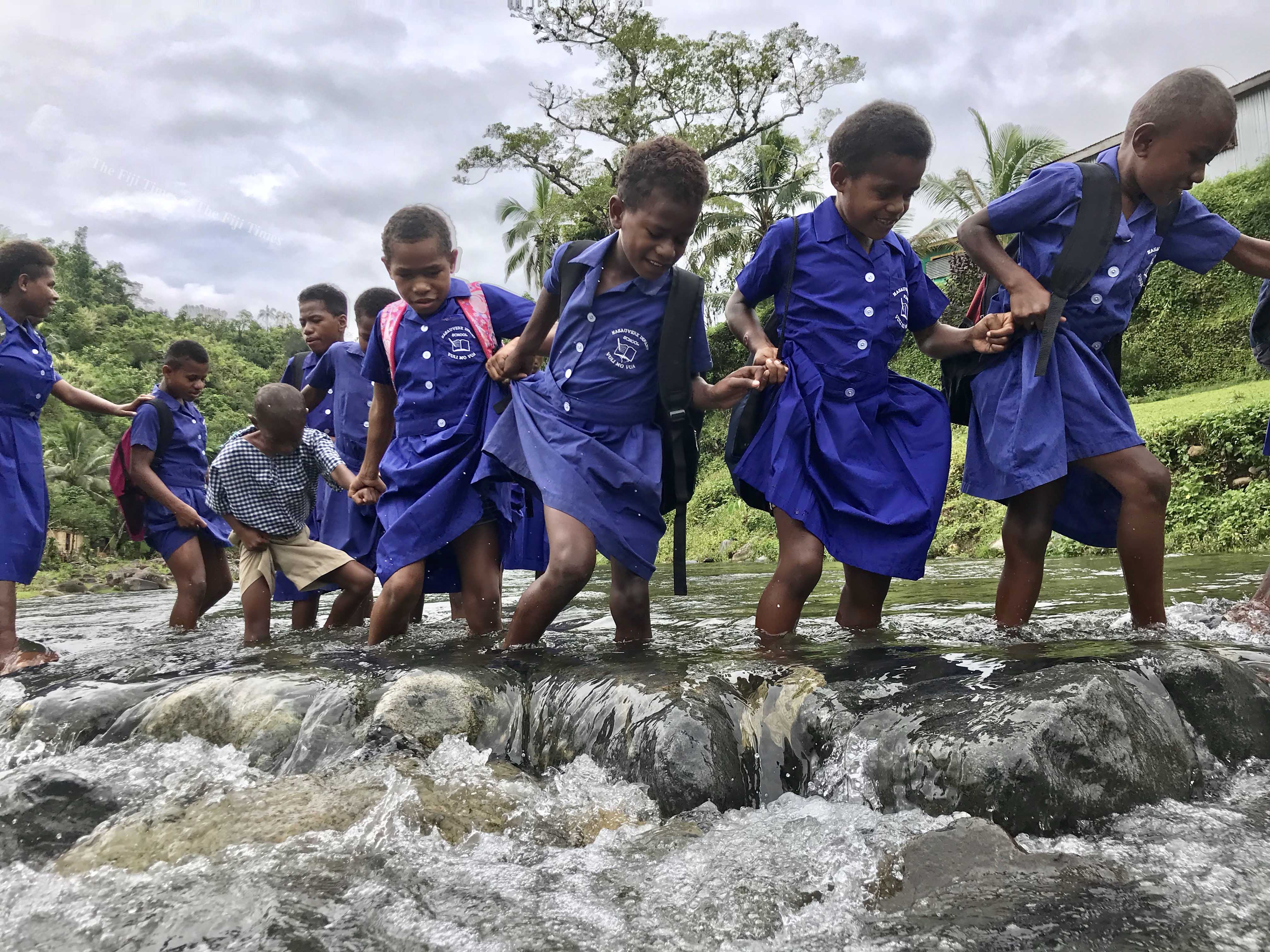 Not your typical route to school, students of Nasauvere Primary School tread one of the many rivers to get to school in the Naitasiri highlands. Picture: JOVESA NAISUA/FILE

WE are about four days away from the beginning of the new school term.

As thousands of students around the country continue to enjoy the school holidays, it falls on parents and guardians to be proactive.

Many parents have already started preparing for the new term which is officially scheduled to start on January 14, 2019.

As we get closer to the first term, perhaps it is apt to place value on how well we prepare our children.

The State has placed a heavy focus on education over recent years.

It actually set the platform for a major focus on this critical area of development.

As the Prime Minister Voreqe Bainimarama pointed out when he announced the 2014 budget in November, 2013, “2014 will go down as the year we embarked on an education revolution to better equip all our young people for their future and build a Fiji that is not just smarter, but which provides every young person with increased opportunities.

All Fijians, he said, “will be encouraged and provided the incentive to embrace learning as a means to improve their own lives and the wellbeing of the nation. Every Fijian will be given the opportunity to pursue excellence, to reach for the stars”.

It was a bold investment, the State said.

The education budget was increased to $556m for 2015 and $432.2m for the next year. Education is critical for the development of any nation.

It makes sense then that special attention is placed on it.

As parents and guardians, we must ensure our children are motivated to do well in school.

We should be nurturing an appreciation of education.

We should be motivating our children to excel in school, and to do their best.

The base has to be good though.

We should get that right first up.

We should be lapping up any initiative that promotes education.

Let’s get our priorities right today.