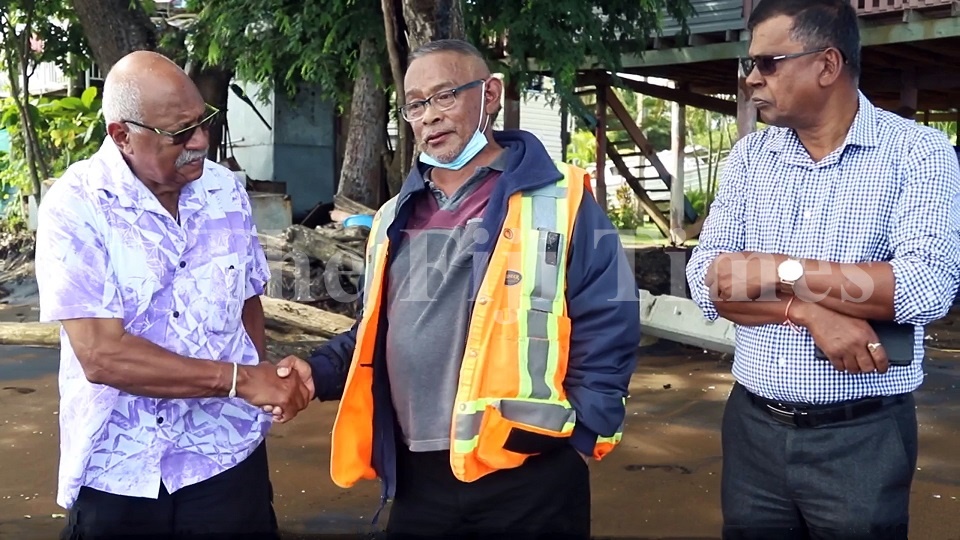 Allen Lockington, middle, meets up with PA and NFP leaders Sitiveni Rabuka and Professor Biman Prasad during a political campaign in May last year. Picture: FILE

Allen Lockington wasn’t the Prime Minister of Fiji. He wasn’t the President! He wasn’t even in the opposition or a Member of Parliament. He did not own a business and he wasn’t a famous sportsman!

In fact he wasn’t a man who craved the limelight. He preferred to work behind the scenes. He preferred to help people because of an inner yearning for service to the people. He was decent, kind, and loved life.

What he did, he did so from the heart! He was arguably the most famous former Customs officer in the country. Yesterday, a wave of emotions swept through Lautoka and across the nation, as people who knew him learnt of his death.

Yes he was famous! He had friends around the country. He was a face and a name people easily related to the Letters to the Editor column of The Fiji Times. His views were read widely. And he had an opinion on almost every topic he could relate to.

And he could get his opinion across with clarity to the masses. He did not say he had answers to every question or problem. But he wasn’t afraid to raise them anyway. He was the relatively unknown man who eventually became a household name.

A man known in many parts of the country. Today we reflect on the life of a man who exuded confidence, and was never afraid to ask tough questions, was witty, and fun-loving. He spoke about issues from the heart, and had his own brand of wit and sarcasm tightly woven into many of his letters over the years.

He was able to force change, and assist in development through his love of writing letters to the editor. It was something he held on passionately to until his death. Even as he lay in hospital last week, he penned a letter, his last to The Fiji Times, thanking the staff of Lautoka Hospital!

It was sent at 2.24pm on Thursday. And in his usual fashion, he planted a thought on the minds of the powers that be, to consider having a hot water shower system for patients. That was Allen.

There was always a powerful message in his letters, a takeaway, a thought-provoking line, advice perhaps, or a joke to lighten the mood, yet deliver a telling blow when he wanted that. He carried with him the power of the ordinary man!

He leaves behind a legacy that speaks highly of his passion to help people. He will be remembered for that and for the passion with which he lived life! We can all learn lessons about giving, about selfless service to the people, and about the enthusiasm to commit to that service.

There were no airs, no put on show. Allen joins another powerful voice of free speech, the late Simon Hazelman as men who stood up for what they believed in, and for the betterment of our nation.

We hope Allen’s family will be comforted by the many hearts he has touched.