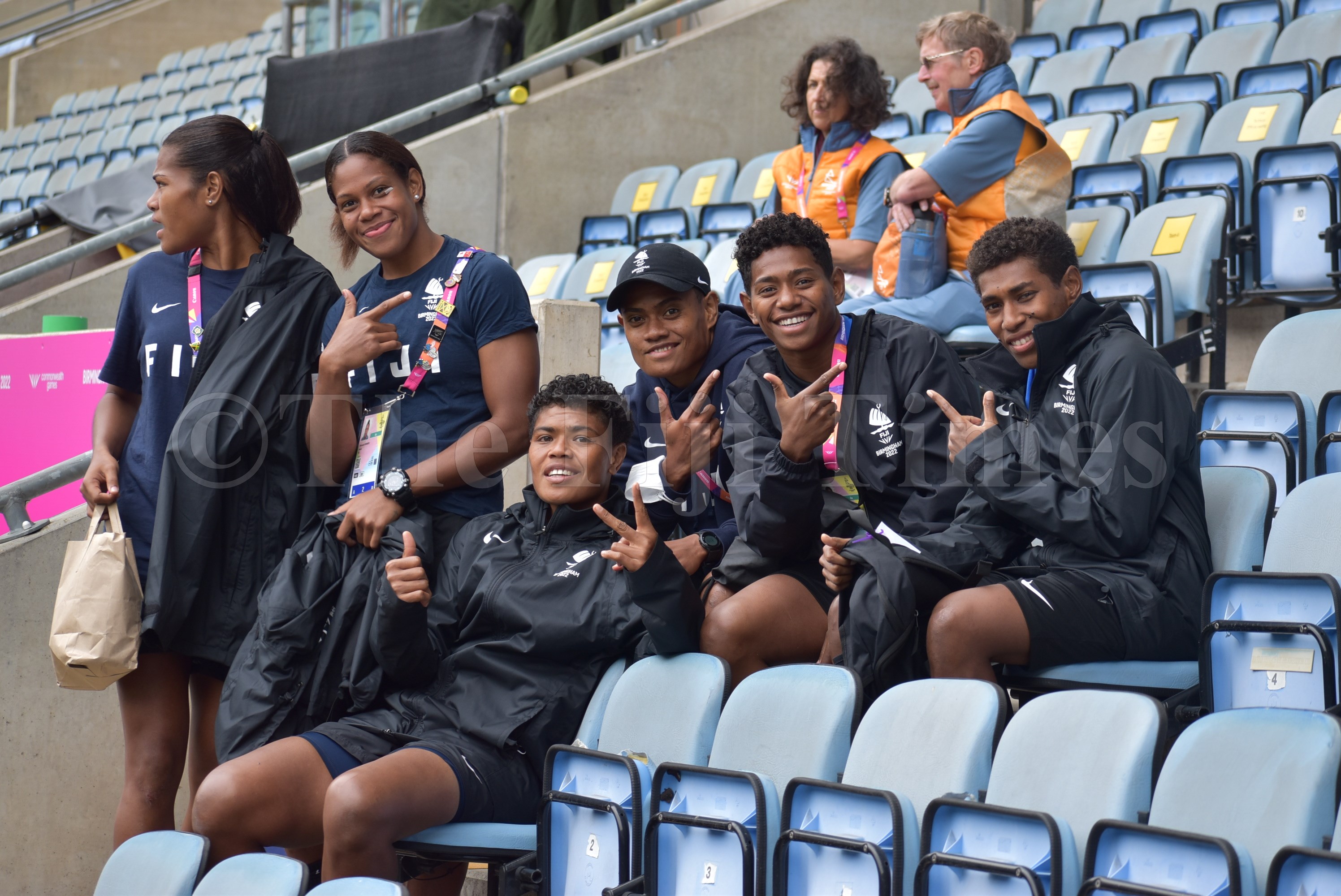 Some members of the Fijiana 7s team before their Captain’s Run in England on Thursday. Picture: ROHIT DEO

Day one of the Commonwealth Games in Birmingham got off to a good start for the national 7s rugby sides. The Fijiana 7s side is through to the semi-finals of the gold medal competition after defeating Scotland 31-12 and South Africa 41-0.

The Saiasi Fuli-coached side came off with impressive efforts to book a spot in the last four.

Our man on the ground Rohit Deo spoke to Fuli who said the aim for day one was to win the first two games. They did that convincingly as well. At the end of the day, composure under pressure meant a lot for the Fijiana.

It was good to see the team come back strongly after conceding 12 points in the first round.

They did shrug off the cobwebs to come clean in the end against Scotland and South Africa. The Fijiana will face a tough test against Australia in their next outing though.

On the other side of the divide, the national men’s side also powered their way through to the quarter-finals with two wins in the bag, a powerful effort against Kenya where they came off with a 52-nil drubbing.

Fiji had to fall back on experience and confidence though to defeat a game Canada.

That was when experienced hands like former national skipper Jerry Tuwai stood up to be counted. National coach Ben Gollings admitted the scoreline could have been better.

That match was good though for the side, testing standards and keeping Gollings’ men on the ball. Today fans will be keenly looking forward to the continuation of the 7s competition.

This has been an elusive gold medal for the national sides. The national sides showed character and confidence to come off with victories that had fans rubbing their hands in glee yesterday.

Our challenge today is to stay focused, remain composed under pressure, and enjoy our games. That’s when good things usually happen for Fiji.

The hype’s slowly building up for Fiji at the Commonwealth Games. There is no doubt about the fact that 7s rugby provides us a sniff at gold medals.

The key also is for our players to believe in themselves and play the game of their lives. Fans will hope positive vibes come forth and set the platform for a strong campaign at this major event. They will carry the hopes and aspirations of an expectant nation. We say go Fiji, go!