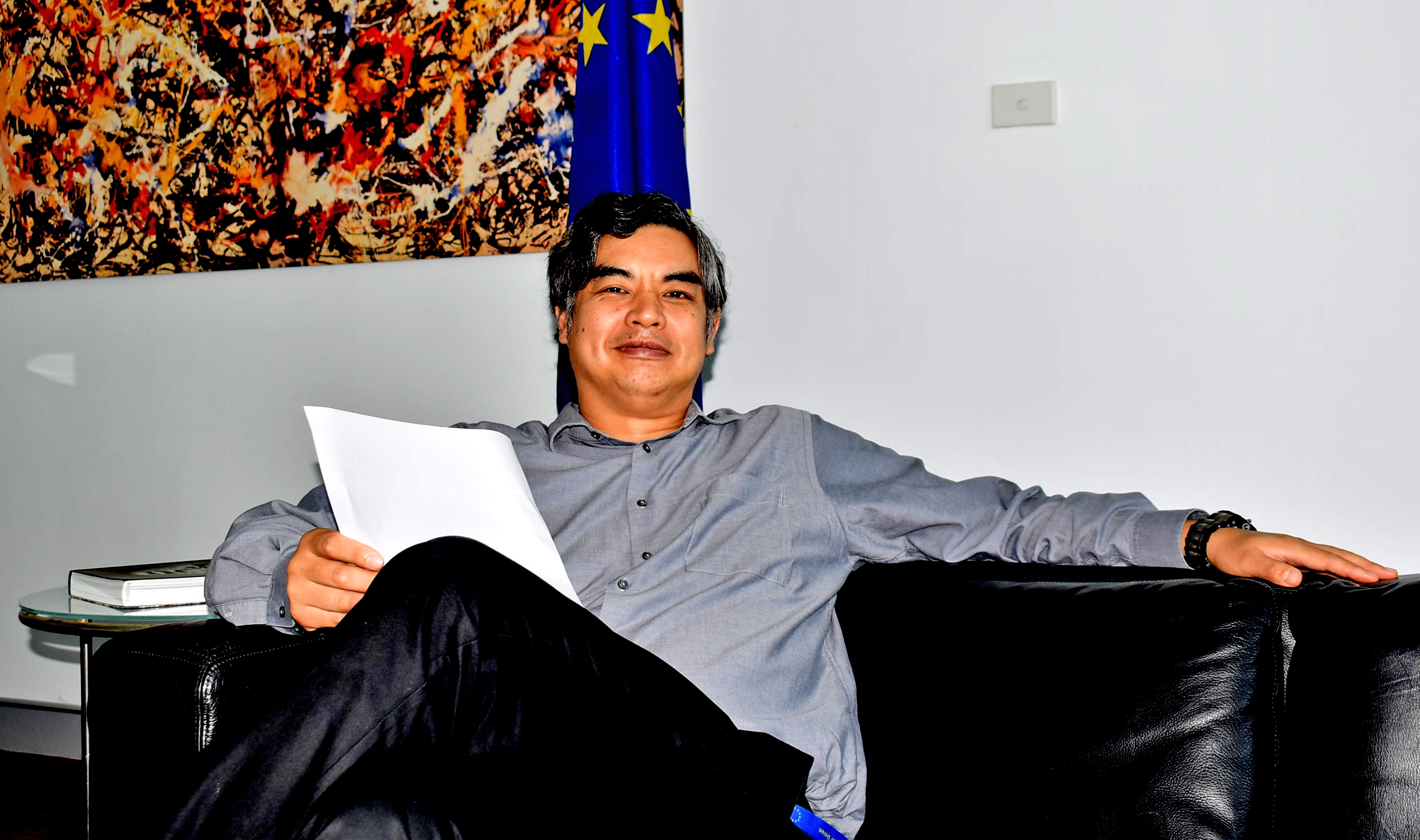 European Union head of Delegation to Fiji and the Pacifc Sujiro Seam at his office. Picture: JONA KONATACI

The revelation that an expatriate working for the European Union in the Pacific was allegedly assaulted and robbed in the Capital City recently is a concern.

The official, he said, was an expatriate member of the staff of delegation of the European Union for the Pacific based in Fiji.

He said the official was assaulted and robbed in Suva.

Mr Seam confirmed a report was lodged with police.

The incident forced Mr Seam to issue advice for all EU expats to avoid potentially dangerous situations such as walking alone at night in neighbourhoods where security incidents have previously occurred.

“Yes, there was a gentleman who called into the station and said he was allegedly robbed and assaulted in Suva,” Ms Naisoro said.

The alleged incident comes in the wake of muggings in August this year in Suva.

The footage showed a group of youths attacking people along Victoria Parade at night.

It was a very poor reflection of safety on the streets of Suva.

That subsequently was a very poor reflection of our police force at the time.

The attacks sent shockwaves around the country, and showed men who appeared to have no fear at all, attacking people with an almost carefree attitude.

This latest report is going to raise concern among the people of the Capital City.

We can only hope this isn’t a reflection of the state of our streets in Suva.

This latest alleged incident will no doubt raise concern for public safety, a sense of insecurity and most certainly anger that thugs are allowed to threaten people.

It is good to note the police force is taking appropriate action to allay the fears of the public. It is a duty the people of Fiji will hold them to account for.

Ruthless thugs who disregard the right of citizens to walk the streets of our Capital City without fear have no place in Suva.

They must be hunted down, and appropriately dealt with.

They are creating fear in people.

They are creating a very bad impression of our city, for tourists, visitors here, potential investors and for the people of Suva. Let’s show them the streets of our city belong to the people.

It is now up to the powers that be to get to the bottom of this frightening turn of events, and address issues that may have given birth to such shocking behaviour.

The police force has a responsibility to address this issue as quickly as possible, and allay fears of the public.

They have a duty to provide security for all citizens.