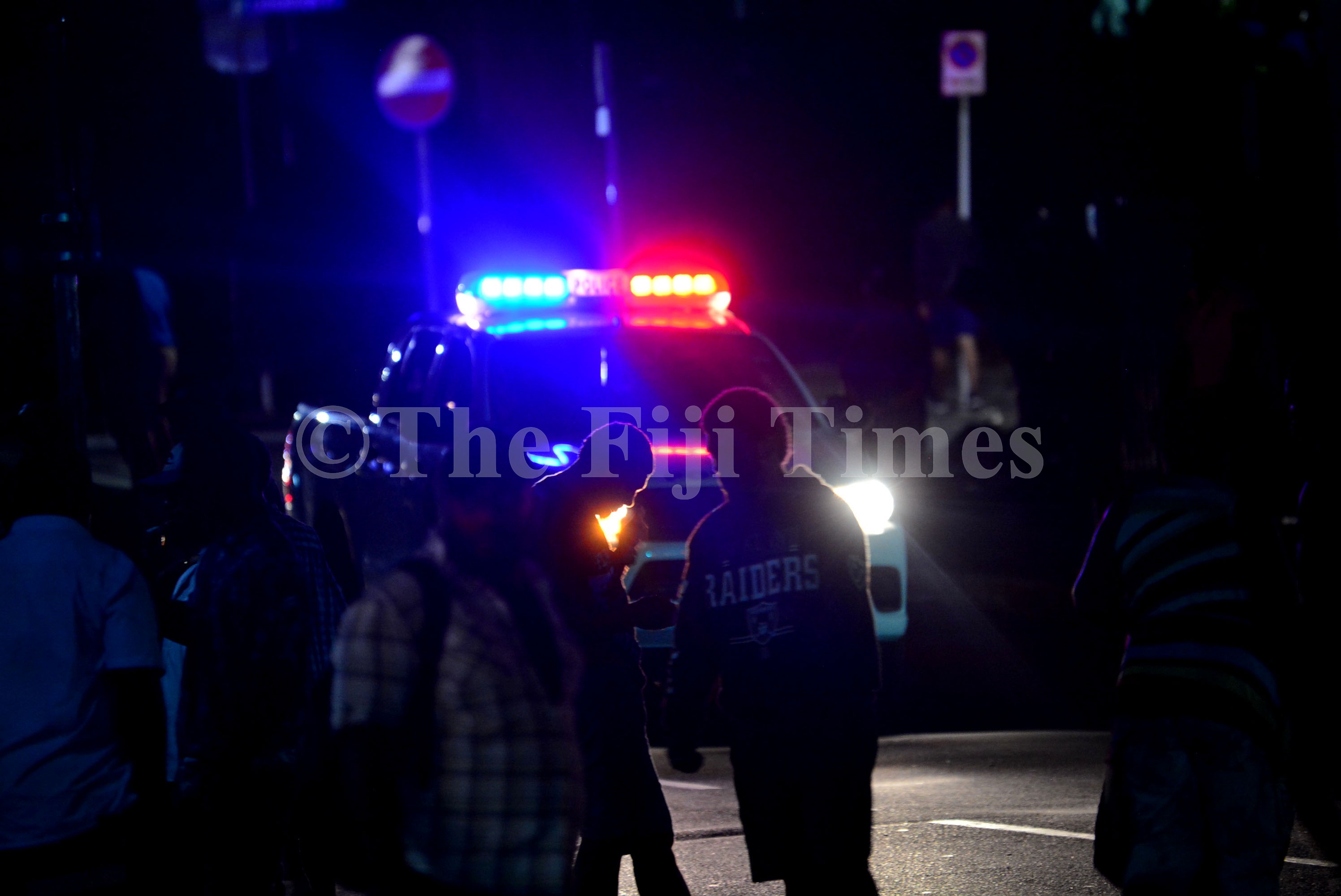 A police vehicle passes through the streets early in the morning trying to clear off the streets. Picture: JOVESA NAISUA

The buzz word these days seems to be ‘visibility’.

Or putting it in the context of the police force ‘maximum visibility’.

We learn that we should expect to see more police officers out and about this month as we take our first few steps into the festive season.

He said festive season operations have started and would continue until the first week of January 2020.

The festive season, he revealed, also records an increase in petty crimes and alcohol-related incidents.

Police are mindful of this, he said, which was why its community policing officers were already doing their rounds conducting awareness about personal safety and security of properties.

The key though is with us, as members of the public, to play our part and prioritise personal safety, he pointed out.

“With more social gatherings and festivities planned over the coming months, we are pleading with people to enjoy themselves responsibly as alcohol has been linked to a number of serious cases in the past.”

This focus on maximum visibility is welcomed.

We suggest though this should not be confined only to the festive season.

We believe this should be a key focus area throughout the year.

Visibility is quite critical when the issue of deterrence is raised.

Perhaps this part of the strategy of our police force could be addressed as a focal point moving forward.

We realise the festive season offers many challenges for our men and women in blue.

However, when we consider the impact of visibility and how it can play a crucial role in proactively fighting crime, there will no doubt be a tendency to point it out as a cause of action daily.

Just a year ago, The Guardian reported that almost half of people living in England and Wales had not seen a uniformed police or community support officer on foot in their area in the past year, raising concerns over the erosion of neighbourhood policing.

According to the report, more than 80 per cent of people questioned felt it was important to have a regular uniformed police presence in their area, but only 17 per cent believed they had this locally.

The Guardian reported the results were part of a survey to gauge perceptions of crime, safety and local policing carried out by for HM Inspectorate of Constabulary and Fire & Rescue Services (HMICFRS).

While visibility would be raised as an issue, we realise there would have to be some balance when we consider the advent of the digital age has meant that crimes are also been organised away from prying eyes, through various means, from mobile phones to internet communication.

This places pressure on the force to then become familiar with global trends in terms of communication and strategies to combat these.

In the greater scheme of things, there are obviously many foundations that must be laid out well though, from the development and nurturing phases of our children, to various other factors that must tie in, embracing State governance and assistance issues, the education system, employment structures to investor confidence on the national level.

What will continue to stand out though is the need for community support.

That is crucial in addressing any surge in criminal activity.

That is why the police will need our assistance daily.

We have to fight crime together.