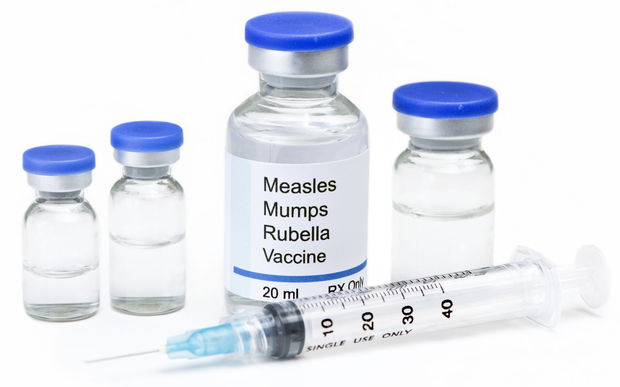 The warning by the Ministry of Health and Medical Services on Thursday for Fijians to ensure children receive at least two doses of the measles vaccine in accordance with the Fiji immunisation schedule will no doubt raise some concern.

It’s official, we have a measles outbreak in the Serua/Namosi Subdivision after two confirmed cases and two suspected cases of measles were reported at Wailali settlement in Wainadoi.

So if they haven’t, or you are not sure about vaccination, please visit your nearest health centre.

Fijians have been warned to “please avoid non-essential travel to the outbreak area”.

“If you are intending to travel to Serua/Namosi, please get vaccinated against measles at least two weeks before travel (it can take up to two weeks for the vaccine to take effect),” the ministry advised.

The outbreak comes in the wake of similar occurrences abroad.

The United States for instance had confidently shut the door on the disease in 2000.

It had been eliminated, it declared at the time.

However, measles, one of the most contagious diseases known to mankind, appears to have made a comeback, this time with a vengeance it seems.

Effectively eliminating it meant millions of children were saved the burden of suffering and death inched out by this disease.

It seems a myriad of faults, and loopholes in the war against measles, have added up to open the door for its return.

A critical element, it seems has been tightly linked to laxity in the vaccination process in the US, particularly its enforcement and awareness campaigns it seems.

The World Health Organization stated in August that measles outbreaks continued to spread rapidly around the world, placing millions of people at risk.

In the first six months of this year, it stated, measles cases were the highest they have ever been since 2006, with outbreaks straining health care systems, and leading to serious illness, disability, and deaths in many parts of the world.

The largest outbreaks, WHO stated, were recorded in countries with low measles vaccination coverage, currently, or in the past, which left large numbers of people vulnerable to the disease.

Measles, it stated, is almost entirely preventable with two doses of measles vaccine, a safe and highly effective vaccine.

It stated high rates of vaccination coverage – 95 per cent nationally and within communities – are needed to ensure measles is unable to spread.

Free vaccine is available at your nearest Ministry of Health and Medical Services health centres for those aged 12 months and above who are travelling overseas or to an outbreak area.

“Babies aged between six and 12 months can also get vaccinated if they are travelling to an area with an ongoing outbreak of measles — but they will still need to receive their next scheduled measles vaccines as per the Fiji immunisation schedule.”

Please be aware of the symptoms of measles, and if you have them, please call ahead before going to your health centre to avoid spreading the disease to others, it advised.

We reiterate the advice by the ministry for each one of us to take heed of this warning, and embrace the need to protect ourselves and our loved ones.

We have been warned!