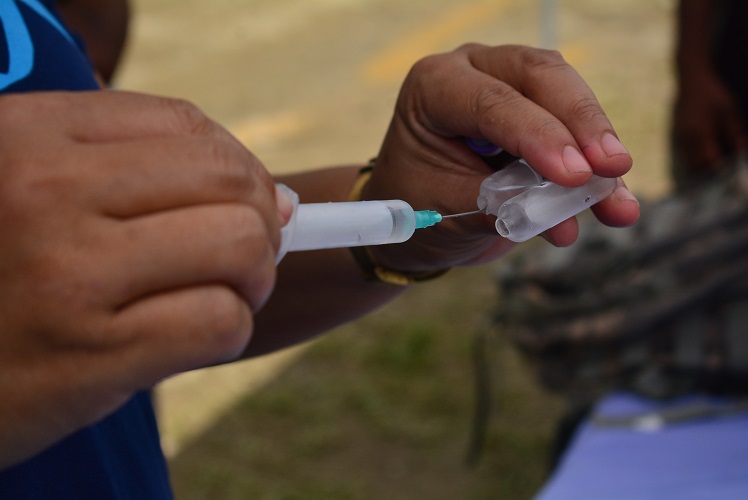 The revelation that the Ministry of Health and Medical Services has identified six cases of measles will no doubt attract attention.

In fact it should, to ensure we are able to contain it. As of July 1, two cases, we learn, were detected in Labasa, three in Rewa and one in Nasinu.

The ministry, we learn, has initiated an immediate containment response, which includes the management and isolation of confirmed cases, home quarantine of immediate family members and contact tracing. It has also put in place a plan of action for the respective medical sub-divisions.

All children aged six months to 11 years for the Rewa, Macuata, Suva and Nasinu Medical Sub-Divisions, it stated, will receive one dose of the measles vaccine.

All children around Fiji who have turned one, and those in Year 6 and are yet to receive their measles vaccine are encouraged to turn up to the nearest health facility for their vaccination. Interestingly, on December 26, 2019, we reported there were 27 confirmed cases of measles in Fiji.

Confirmed cases at the time included a 12-year-old from Sakoca in Tacirua who was linked to a previous case in the same area.

We are reminded about the fact that measles is a highly contagious disease, and non-essential travel would have to be discouraged.

It’s interesting to note that since an outbreak was declared on November 7, 2019, around 328,000 people in Fiji were immunized at the time.

The Central Division reached the goal of 95 per cent vaccination coverage during that campaign for the target groups of six months to five-year-olds and 19 to 39-year-olds.

Measles, we learn, is a highly infectious airborne viral disease that spreads easily through the air through breathing, coughing, and sneezing. You may be at risk if you breathe the same air as someone with the disease and you are not immune.

According to the ministry, symptoms include high fever — which begins about 10 to 12 days after exposure to the virus lasting four to seven days, a runny nose, cough and red and watery eyes, and small white spots inside the cheeks in the initial stage.

After several days, a rash erupts usually on the face and upper neck, within three days it spreads reaching the hands and feet lasting five to six days.

Fijians presenting the above signs and symptoms should wear a mask, avoid contact with others and visit their nearest health centre for immediate attention and treatment.

Outbreaks around the world, including in neighbouring countries, still puts Fiji at risk of having cases of measles.

So let’s appreciate the work that is going on behind the scenes to get measles under control, and let’s play our part to contain it. Let’s learn about measles, understand the symptoms, and listen to advice!