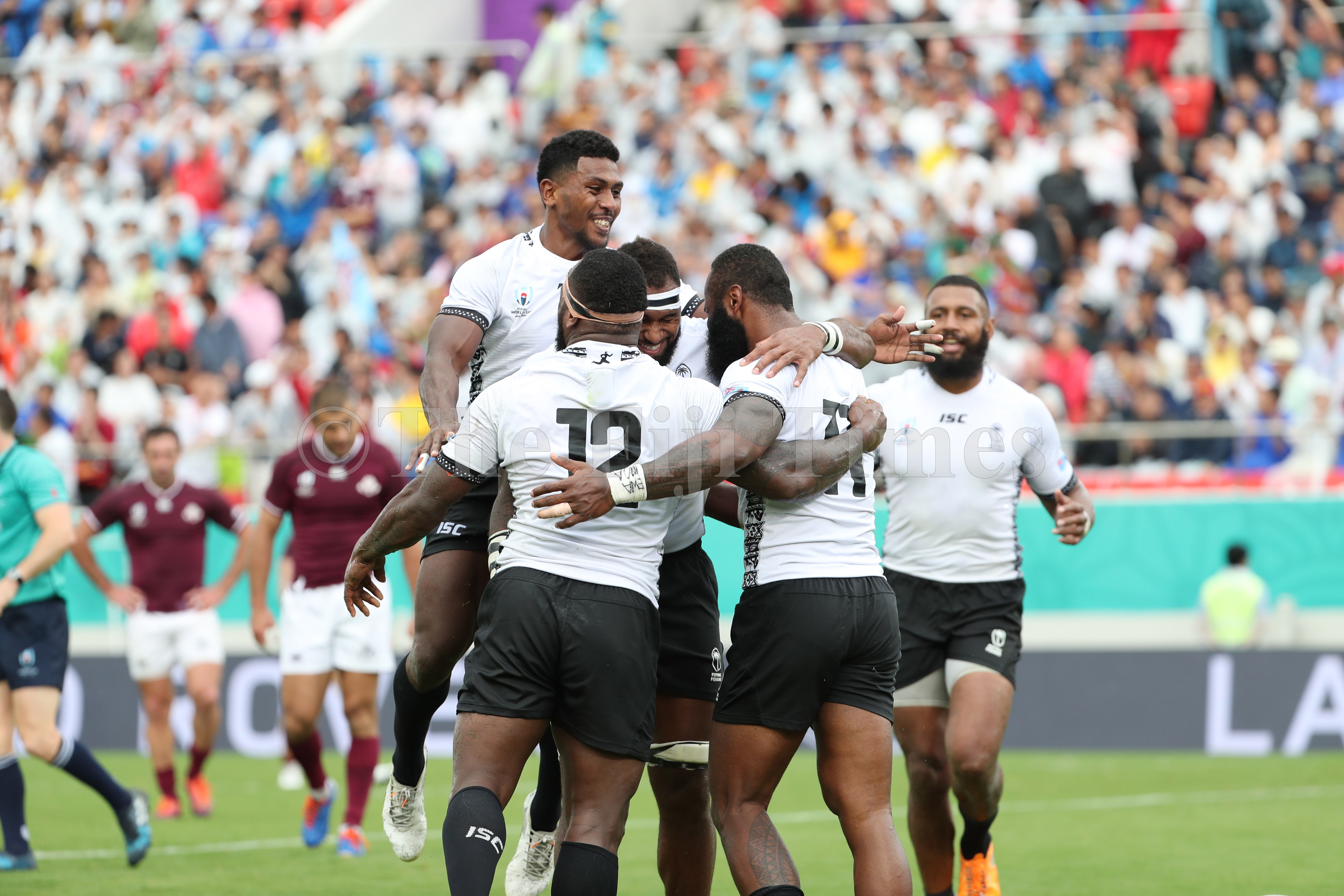 Replays of the Flying Fijians’ 45-10 win over Georgia on Thursday at Osaka in Japan in our Rugby World Cup clash have raised expectations and inspired fans.

As we gear up for our final RWC pool clash on Wednesday next week against Wales, there is a sense of anticipation in the air.

It wasn’t so much the result that pleased fans, but the manner in which the Flying Fijians came off with the victory. There was confidence.

You could sense it in the side.

They believed in themselves.

They believed in their systems, and were willing to push themselves to the limit to defeat Georgia.

We suffered losses to the Australian Wallabies and Uruguay.

Thursday though showed the threat we pose.

National coach John McKee’s emphasis on addressing our base in the lead up to the 2015 RWC, and on to the RWC in Japan has raised our scrums to an unprecedented level.

Georgia provided arguably one of our toughest scrum opposition.

This was the same team that impressed England coach Eddie Jones in February 2018, enough to get England to face off against what he termed then as “the strongest scrum pack in the world” in London in a training scrum session.

“It was an excellent session for us … the Georgians scrum in quite a unique way, and they are able to transfer pressure without moving their feet, so our front rowers will have learned a lot today. It was a great learning experience for us,” he was quoted saying at the time.

Our scrums held up against Georgia.

We were driven back once but we sustained considerable pressure from a pack that was heavier than ours.

There will no doubt be great interest in how we fared in the final quarter, and especially how our scrum held the Georgians and pushed them back.

When muscles are tired, energy almost used up, it takes mental toughness to sustain such pressure, coupled with great technique.

Our pack was able to set a strong base for our backs to display some of the form that has catapulted Fijian rugby to the world. Georgia tried to cage in our danger men.

They tried to nullify our off-loading game, and hoped to dominate the set pieces.

Looking ahead to Wales though, McKee’s challenge will no doubt be how to keep our pack motivated against a fiery Welsh side that will obviously be keen to wipe out the Flying Fijians.

Perhaps he could be banking on the lessons we should have learnt from the Georgia game to carry us forward as a unit.

There will no doubt be emphasis on consistency.

McKee will name his team to face Wales on Monday.

He is expected to keep the team that defeated Georgia.

“We had our recovery and a pool session at the team hotel.

“No one reported any serious injury apart from some bumps and bruises from the Georgia match so that’s very pleasing looking forward to the clash against Wales,” McKee said yesterday.

It sets the stage for an exciting clash against Wales at the Oita Stadium on Wednesday. We say go Fiji, go.