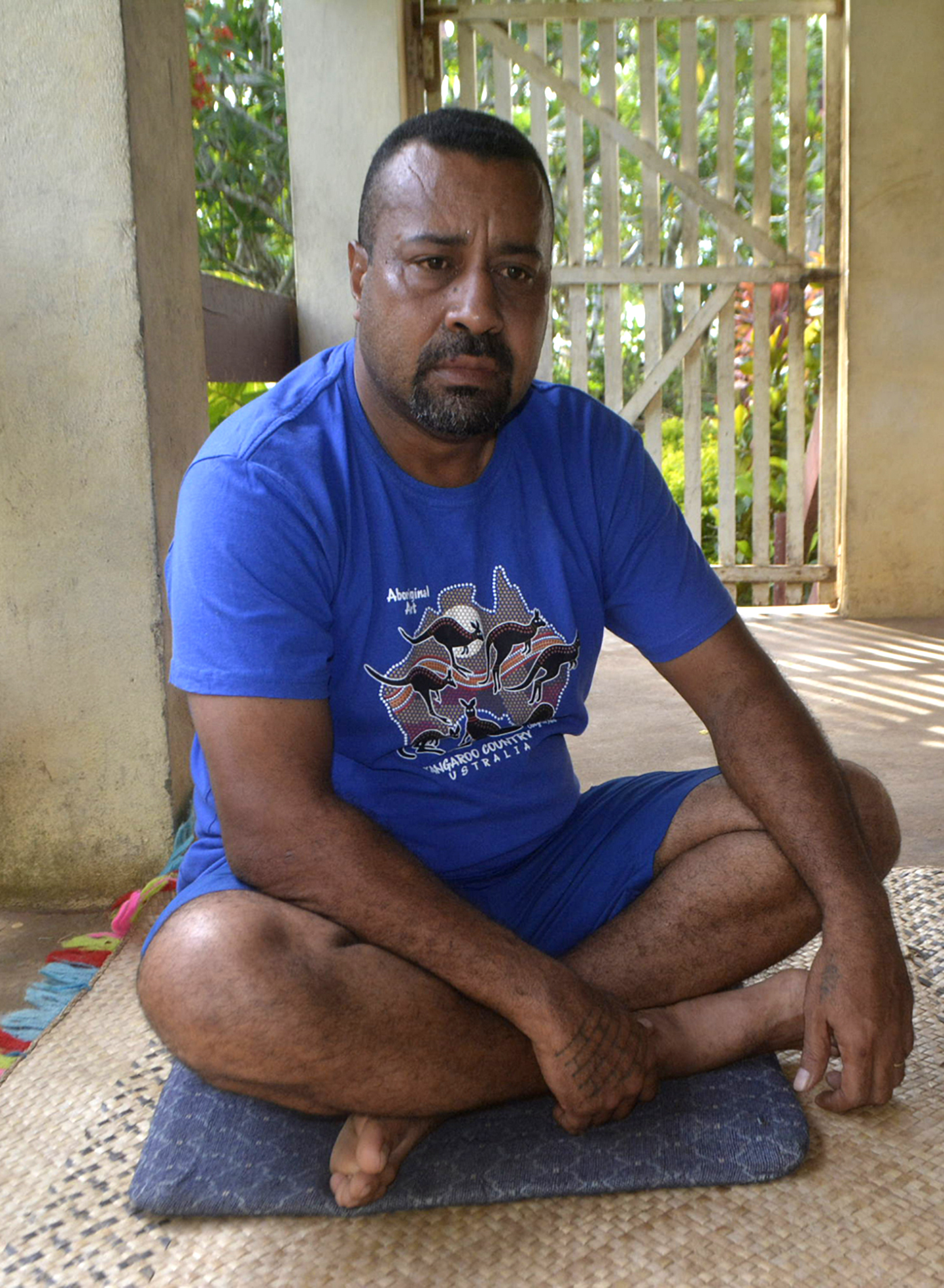 Moape Naliva mourns the death of his cousin Richard Lewavinaka at his home in Sorokoba Village in Ba. Richard drowned while swimming in the Ba River on New Year’s Day. Picture: REINAL CHAND

AS we start to wind down the festivities in the wake of the New Year, it is difficult to shrug aside the impact of tragedies over the past few days.

However, there was merrymaking around the world as millions of people welcomed a brand new year.

Thousands of Fijians celebrated with enthusiasm.

The days meant different things for different people around the country.

There were those who indulged in good food and drinks, celebrating with their families and loved ones.

The faithful attended church services around the country.

For many others, it was an opportunity to let their hair down, relax and enjoy a short holiday before the New Year.

Then it was back to work before another short break to welcome 2019.

Celebrations, however, turned tragic for a family of Sorokoba after a 39-year-old man drowned while swimming in the Ba River.

Richard Lewavinaka was with his cousins when the tragedy happened.

Among those who accompanied him was his cousin Moape Naliva, 44. Yesterday, Mr Naliva was still in a state of shock and said he was fortunate to have survived.

He said Mr Lewavinaka had arrived from his Varadoli, Ba home on Monday morning with ice cream and beers to welcome the New Year.

He said they picked a spot close to the river and his cousin bathed for 30 minutes before insisting they join him in the river.

Mr Naliva said they were in waist deep water, however, strong currents caused the two to be swept away to the deeper part of the river.

“All of a sudden, I couldn’t feel the sand beneath my feet and we were struggling to stay above water. I saw him (Richard) and he went down in the water a couple of times. I tried to swim against the current, but it was very hard.” Yesterday, Sawaieke district rep Kelepi Delaimataitoga lamented that there was a very slim chance that seven men who were missing at sea were still alive.

The men failed to return home after leaving for Levuka on Boxing Day in a yellow fibreglass boat from Nawaikama in Gau.

Mr Delaimataitoga said they had assumed that the boat capsized at sea.

“Today (yesterday) is the eighth day. I have contacted the Navy today requesting them to tell us something now and that the search has been called off,” he said.

Mr Delaimataitoga said they would perform customary rituals once they received confirmation from authorities of their fate.

The two incidents are testimony of the fact that life is fragile. Accidents happen. That’s the harsh reality of life. But accidents can be prevented.

The onus is on us to appreciate the circumstances that exist around us and make appropriate decisions. Emotions should be kept in check.