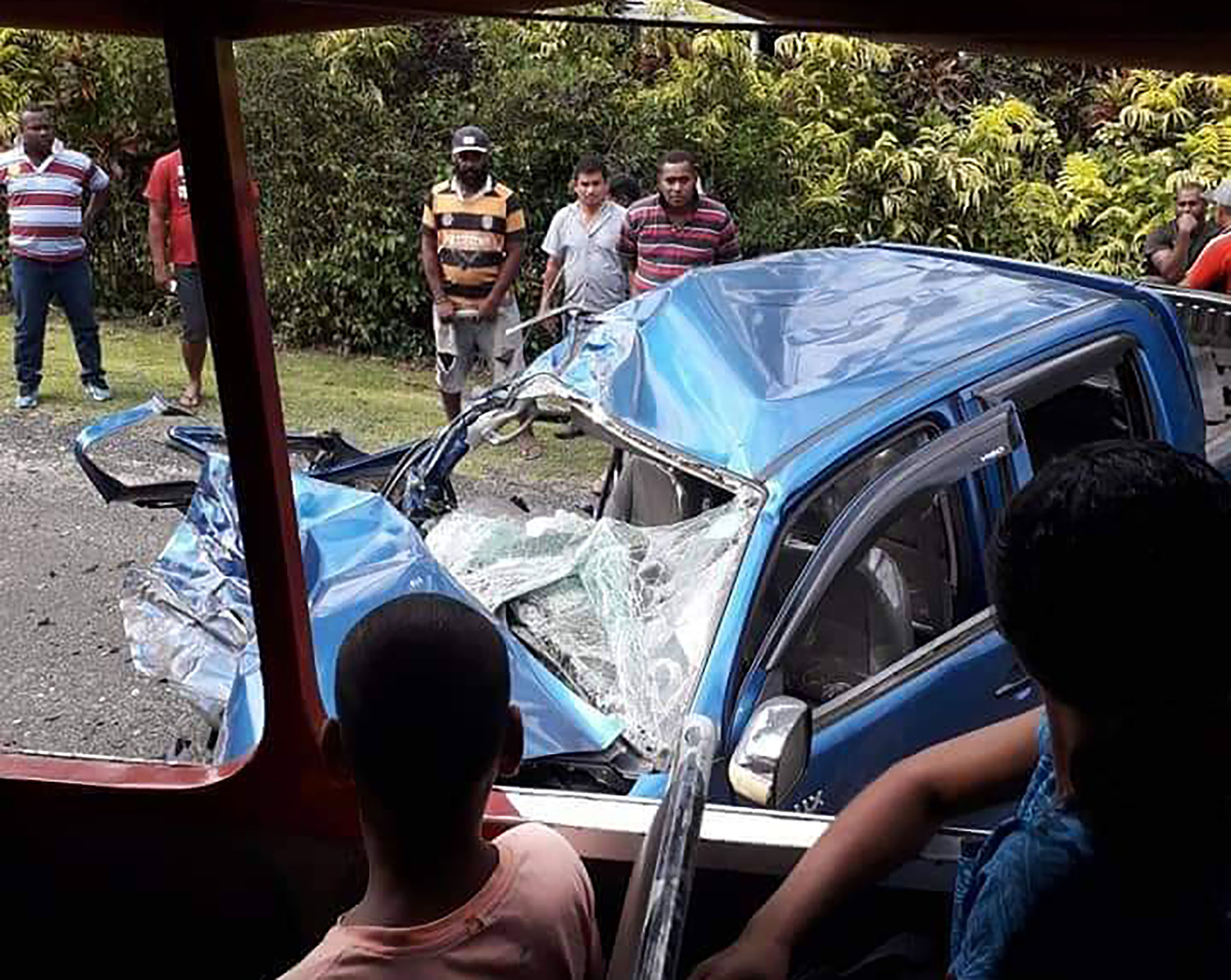 The wrecked vehicle which claimed the life of a woman on Taveuni. Picture SUPPLIED

Police yesterday confirmed the death of a woman in a road accident on Taveuni.

The woman’s husband and two sons were admitted at the Taveuni Hospital as a result of a head-on crash yesterday morning.

The family, according to police reports, was heading towards Matei in their twin-cab when it collided with a truck making its way towards Naselesele Village.

Her husband, Bukanisa Naivalu, was driving the vehicle and suffered serious injuries as a result of the impact. Their two sons were also injured.

The road death toll now stands at 55 compared with 65 for the same period last year.

Police statistics confirm there were 55,235 speeding infringements recorded by police this year.

Police confirmed the total number of traffic infringement notices served to date were 126,740, and drunk and drive arrests were 880.

There are road accidents because we allow them to happen. When we look at the causes of fatal accidents, speeding, driver fatigue and “pedestrians at fault” stand out on police statistics.

There is a slight drop in the figures which, hopefully, is a positive reflection of the efforts of all stakeholders.

It is critical that we understand and embrace road safety.

As we head into the festive season, we are reminded about the need to adhere to laws that govern road usage in Fiji. They are there for a reason. They ensure there is safety on our roads and they are supposed to instil confidence in our transport system.

However, every time a road accident happens, and there is a fatality, we hit a brickwall.

It seems we go on a campaign every year, discussing and highlighting road safety, yet every year, we record fatalities. It’s like playing a record permanently on replay mode.

The onus is really on us as road users to do the right thing.

That means adhering to road laws, embracing road safety and placing value on family and loved ones.

Police director of traffic, Senior Superintendent of Police Mahesh Mishra and his men and women in blue need our support to keep our roads safe.

They cannot do this on their own.

We must take a lead role as well.

Plan to arrive safely, and alive at your destination this festive season. Let’s keep our roads safe.