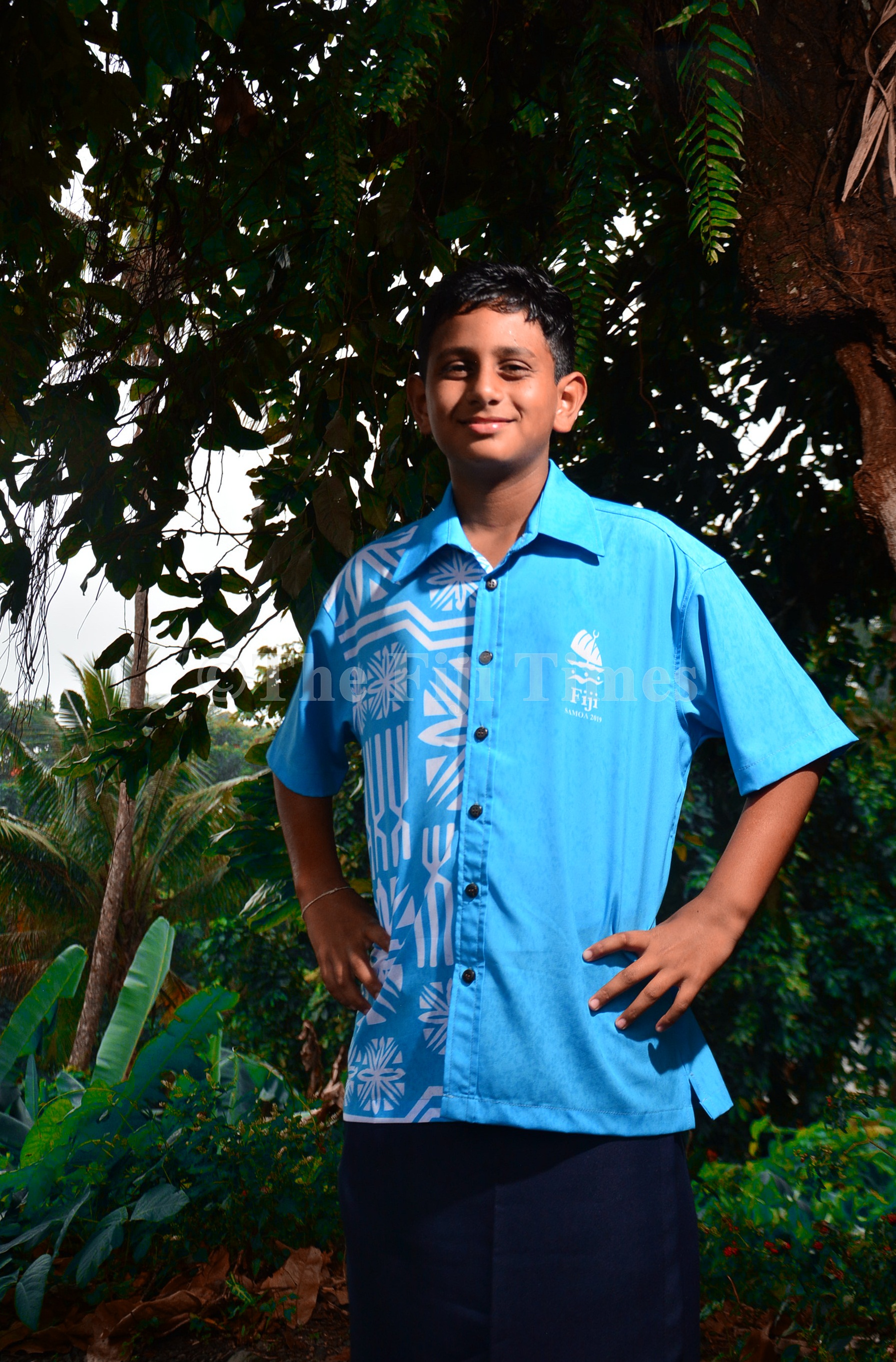 THIRTEEN-year-old Jai Chauhan makes no bones about why he is the youngest athlete in the Team Fiji contingent to the Samoa Pacific Games next month.

Chauhan will be competing in table tennis and this will be his first Pacific Games outing.

He is excited and is eagerly looking forward to the Samoa trip.

While he makes an attempt to stay level-headed and focused on the Pacific Games, he believes hard work got him a ticket to the games.

The trip, he reckons, would be an eye-opener.

“I am so excited and I cannot wait to travel for my first Pacific Games, this is a good opportunity for me because I know I will get so much experience as a young athlete,” he said.

The Year 8 student of Yat Sen Primary School said he was proud of his achievement.

“Being the youngest athlete, people tend to look down on you because you are young and small and you probably won’t be able to achieve what most of the others are achieving but I was able to prove them wrong and earned myself a spot at the upcoming games,” he said.

Having represented Fiji in past International Table Tennis Federation tournaments, Chauhan knows which countries will give him a tough challenge. He has placed the Cook Islands among top teams to watch out for next month.

“They are very competitive so they will be my main competition. “My main aim is to get as much exposure as I can by competing against other countries and getting my experience.”

His parents, he said, have played an inspirational role in his development as a player.

The table tennis event will be held from July 8 to 13 at the Faleata Sports Complex in Apia, Samoa.

Chauhan will be among more than 5000 athletes and officials who will converge on Samoa for the games from July 7 to 20.

They will be competing in 27 sports around Samoa.

Chauhan stands as testimony of the sporting talent we have in Fiji.

His emergence as a competitor at that level of competition should be an inspiration for us all.

It shows that sports can be an avenue to live dreams, and hopes and aspirations.

But there can be no advance without hard work.

Chauhan has no qualms about that.

Yesterday Team Fiji presented its itatau to the President Jioji Konrote in Suva.

As our team prepares to head to Samoa, we wish them the very best and pray each member of the team lives their dreams.