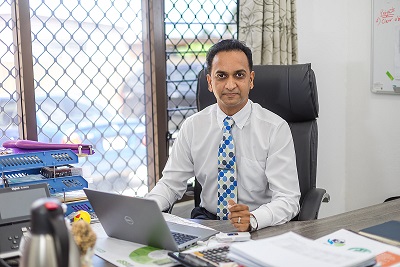 The fact that a clean-up campaign collected more than 300kg of recyclables in Nausori recently needs to be highlighted.

The campaign was organised by the Youth and Sports Ministry with support from Waste Recyclers Fiji Ltd (WRFL) and the Pacific Recycling Foundation (PRF).

It attracted more than 100 people who took part in the initiative which started at Nakasi and finished at the Waila junction.

While they were grateful for the commitment shown by volunteers to the drive, he suggested there was a need to move away from the idea of clean-up campaigns “because it breeds the very behaviour we are trying to change”.

Clean-up campaigns, he said, lull people into a false sense of the ‘I will just litter because someone else will pick it up’ syndrome.

As recycling advocates, he said they believe there would be no need for clean-up campaigns if we all took personal responsibility for waste management and recycling.

Recyclables collected during the campaign were transported to the WRFL yard in Lami for recycling.

We talk about a lot of issues, from climate change to the protection of our environment.

This exercise should force us to sit up and take notice.

While we are at it, let’s talk about littering!

Far too many people are still discarding rubbish indiscriminately.

They do not care about our environment.

They throw away their rubbish after eating at parks.

You just have to take stroll to a park that is frequented by many in the Capital City for instance to notice rubbish thrown carelessly.

Some people are simply too lazy to discard their rubbish in bins provided, or simply do not care.

Littering is a filthy habit that is wide-spread.

We adopt a no-care attitude when it comes to littering.

In fact we seem to have developed a habit that has become a part of our lives.

People are still spitting out chewing gum, disposing of their cigarette butts anywhere they want to, throwing out plastic food containers and utensils wherever they want to, and they do the same with their used water or soft drink bottles, and plastic bags among other things.

Our beaches are filled with discarded waste, including plastic, old tyres, and used cans to name a few.

Laws are in place to curb this filthy habit.

But being effective will come down to how well people who are designated to do so, police them.

Environmentalists believe littering is a nasty side effect of the “throw-away” or “convenience oriented” mentalities.

We should be looking after our environment.

We should be proud of it, embrace what we have, and do the right thing.

Get the message out.

We acknowledge Fijians who take the initiative to keep their environment clean and say thank you to those who were part of the initiative in Nausori!