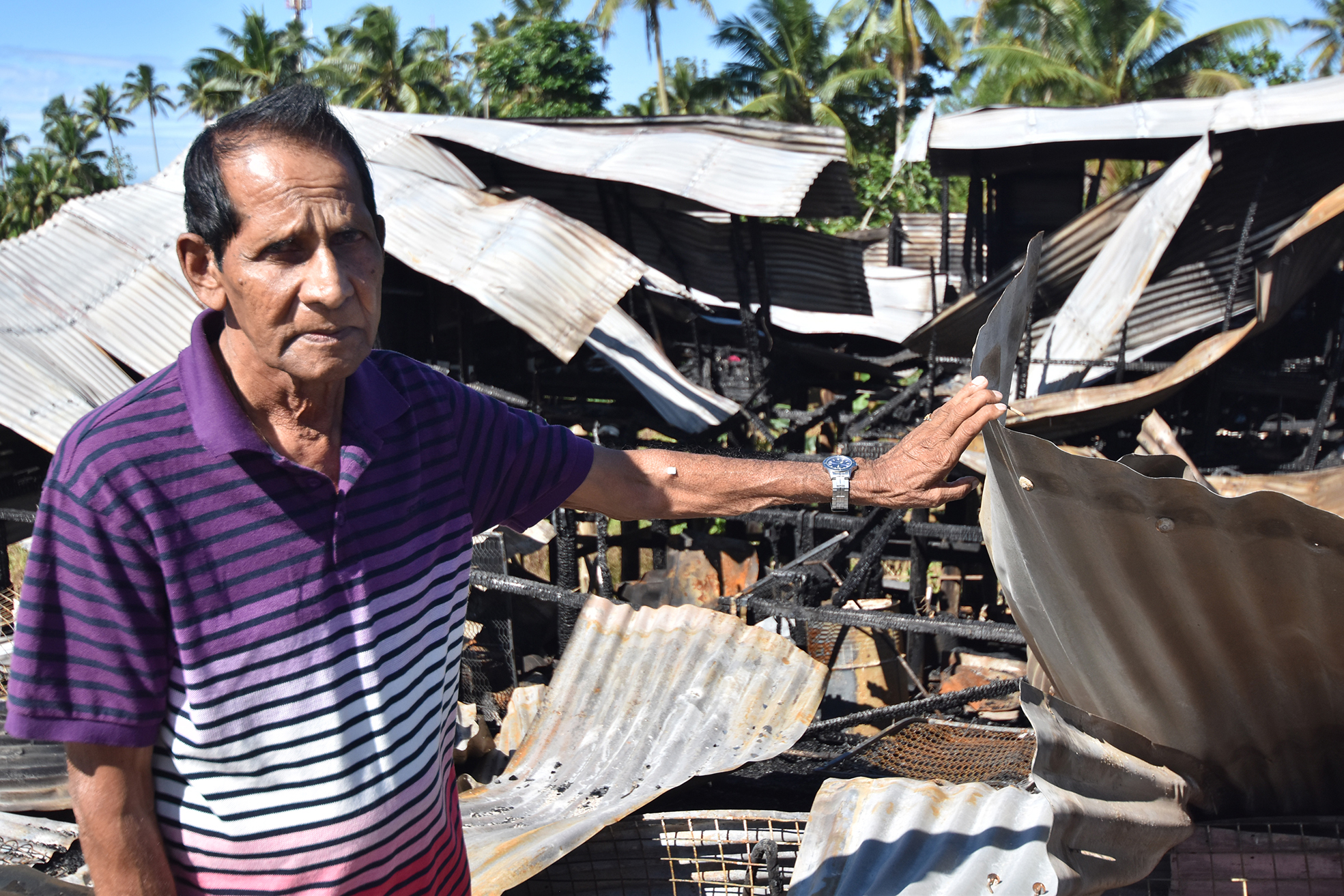 Howard Prasad, 83, in front of his burnt home at Nakasi. Picture: RAMA

FIRE destroyed a three-bedroom home, leaving behind a family of four homeless.

Life just took a very bad turn for Howard Prasad and his family on Friday at Naulu.

Mr Prasad, 83, was attending a wedding in Suva when a neighbour informed him about the unfortunate incident at 10.30pm last Friday.

He had invested thousands of dollars, he said, to build a home for his children and himself after his wife died.

Family members were only able to save the clothes they had on that night.

He is now extending an arm out for assistance to help him get his family back on track.

“I was a rice farmer in Labasa for decades, then we moved to Lautoka before coming here to build our family home,” he said.

His family tried to stop him from seeing the extent of the damage to the home.

They feared he could develop medical complications.

After all this was his life-long investment.

It was no walk in the park getting to that stage.

He once had a home he could call his own.

Now there was nothing.

Such is the predicament we face when fires destroy homes.

“I really don’t know what else to do because I’ve lost everything in the fire,” he said in despair.

As authorities investigate the cause of the structural fire, perhaps this should be an apt reason for us to be proactive.

Police have always urged homeowners to be vigilant.

We keep saying people should be proactive and vigilant.

We say this every time a fire destroys a home.

We become emotional when deaths occur.

That’s when we raise the issue of fire safety.

People must be encouraged to embrace fire safety.

We must rise above complacency and be catalysts for change.

Let’s get rid of bad habits.

Let’s address it at all levels of society.

Let’s make this a topic of discussion, let’s learn to appreciate and value this.

Accidents happen because we allow them to.

Accidents can be prevented.

We must pay attention to detail and do the little things that aid in fire safety.

We have to overcome doubts, get rid of complacency and learn to appreciate fire safety tips.

We should be doing this for the sake of our loved ones and for ourselves.

Let’s be aware of danger spots, from cooking areas, where we keep mosquito coils, to how we use electrical appliances to name a few.

Let’s understand and be aware of hotspots in our homes.

Be aware of contingency plans in the face of disaster.

Let’s work out escape routes and what to do when there is a fire.

Every member of the home should be aware, and alert.