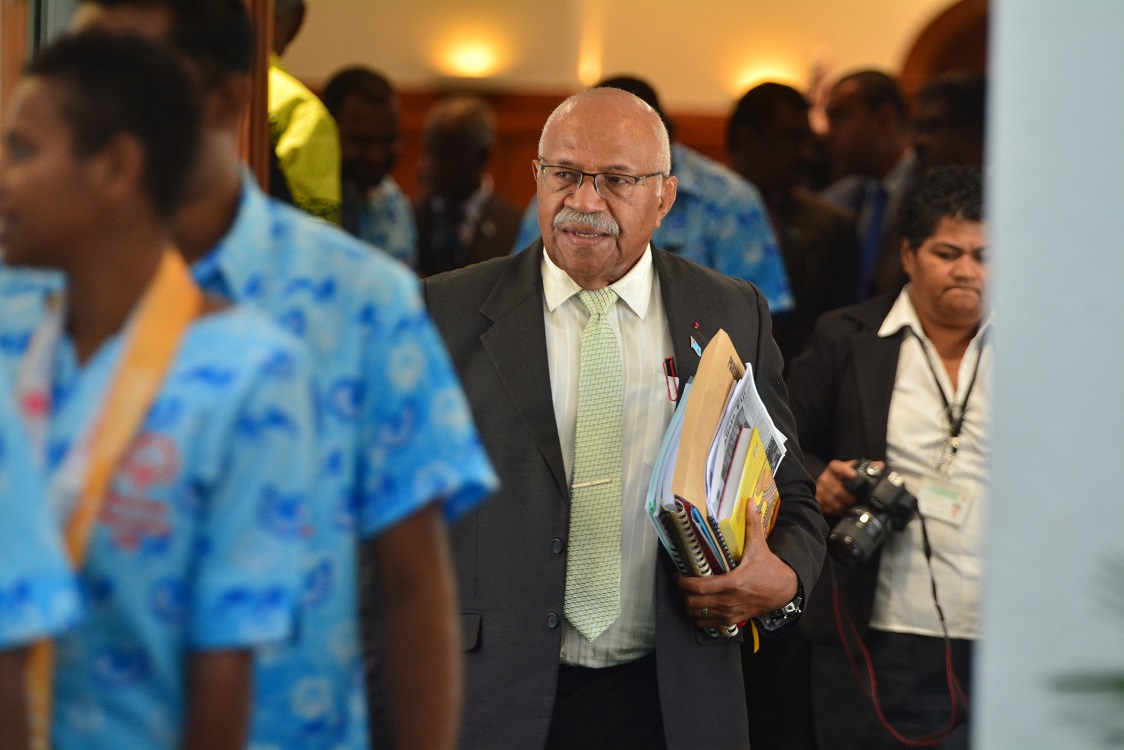 Expectation is high this week for followers of our parliamentary sessions.

There is great anticipation.

The first sitting of Parliament for this year in February attracted a lot of interest.

Yesterday, we started the second sitting with a debate after the Leader of Government in Parliament Inia Seruiratu moved to amend the Parliamentary Standing Orders.

The move was heavily criticised by the Opposition.

The amended Standing Orders were passed after 26 government MPs voted for it, while 23 voted against it.

It is good to note the business of getting things into perspective is back on track.

What we have before us is another firm step that continues our progression into an era that is embracing democracy.

In 2015, the UNDP resident representative Osnat Lubrani said, “We very much hope that the Parliament will be the place and the space for very robust, but respectful, debate and discussion, a Parliament where differing opinions can be voiced but also where consensus can be found.”

This, no doubt, is a very important time for Fiji. It is important for democracy, and for our nation.

Our leaders have another opportunity to debate on is-sues that are important to us.

Yesterday, Opposition Leader Sitiveni Rabuka spoke about the role of the Standing Orders, which he insisted is to ensure Parliament operates efficiently and effectively.

Speaker of Parliament Ratu Epeli Nailatikau expressed his disappointment at the leaking of a Standing Orders Committee report onto an online website.

He considered this a matter of breach of privilege.

We heard about reviews carried out by the Standing Committee on Social Affairs on the Public Rental Board in 2016, which provided “satisfactory results”.

Members of the Opposition were up in arms yesterday over a Standing Order amendment that prevented them from making public statements during a Parliamentary sitting. Attorney-General and Minister of Economy, Civil Service and Communications Aiyaz Sayed-Khaiyum says he cannot waive procurement regulations.

He made the comments when he was questioned last night by National Federation Party (NFP) Parliament member Pio Tikoduadua on whether he waived procurement regulations in respect of tender process at any time for communications and public relations services provided to the COP23 Presidency.

Responding to a question by Opposition MP Ro Teimumu Kepa in Parliament last night, Mr Sayed-Khaiyum said although there was no direct impact, Fiji’s inclusion painted a bad picture.

He said the EU had been very inconsiderate, however, Government would continue to engage in dialogue with them to take Fiji off the blacklist.

We heard that the Ministry of Health and Medical Services had increased its community outreach and specialist outreach services.

Out of the 166 schools damaged during Severe Tropical Cyclone Winston in 2016, we heard that 143 have been rebuilt, while the remaining schools are expected to be rebuilt by July.

As our national leaders focus on this part of their duty, such events are critical for our development as a nation and for the betterment of our lives.

We look forward to the remainder of this week’s session.