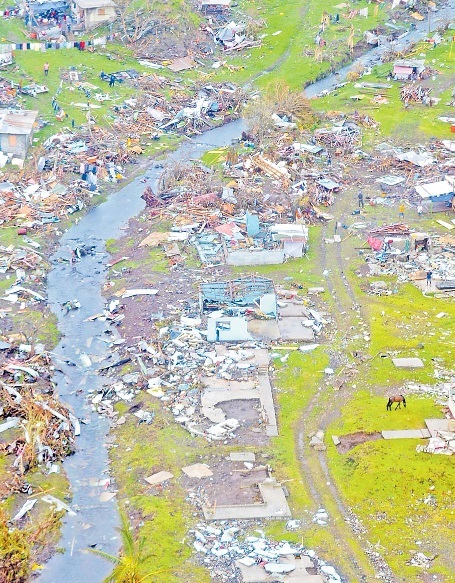 This is the warning the Fiji Meteorological Service in its 2021/22 Tropical Cyclone outlook released on Tuesday.

The Western Division, we now learn, could face an “elevated risk”.

The weather office stated an analysis of past cyclone tracks showed that a greater number of tropical cyclones which affected Fiji in seasons similar to the present, passed through the Western Division.

Now that we are aware of the weather forecast, it falls on us to be prepared.

This is when we take heed of alerts, warnings and advisories issued by both the Fiji Meteorological Service and the National Disaster Management Office.

Think about it, no one would have thought about the impact a Category 5 system such as Winston could have on our nation. Severe Tropical Cyclone Winston went past us in a blaze of fury and power in 2016.

By the time it left Fiji, there was death and destruction along the path it cut through our islands.

The power Winston unleashed on the country was shocking. Picking up strength after Tonga, Winston developed into a massive Category 5 system that was frightening.

At first the projected path curved through the Lau Group and pointed to the southwest of Viti Levu. It was expected to pass pretty close to the Capital City.

But Winston picked up power, and fury, and moved straight to the West, cutting through Lau, Lomaiviti, and brushing over Ra before curving down south again.

It flattened houses, uprooted trees, blew away roofs, there was flooding, and there were frightened people, and death.

The village of Sinuvaca for instance, looked like a battleground, flattened by the severe storm.

So today, let us remind ourselves about our cyclone season. Let us be prepared. We have been warned.