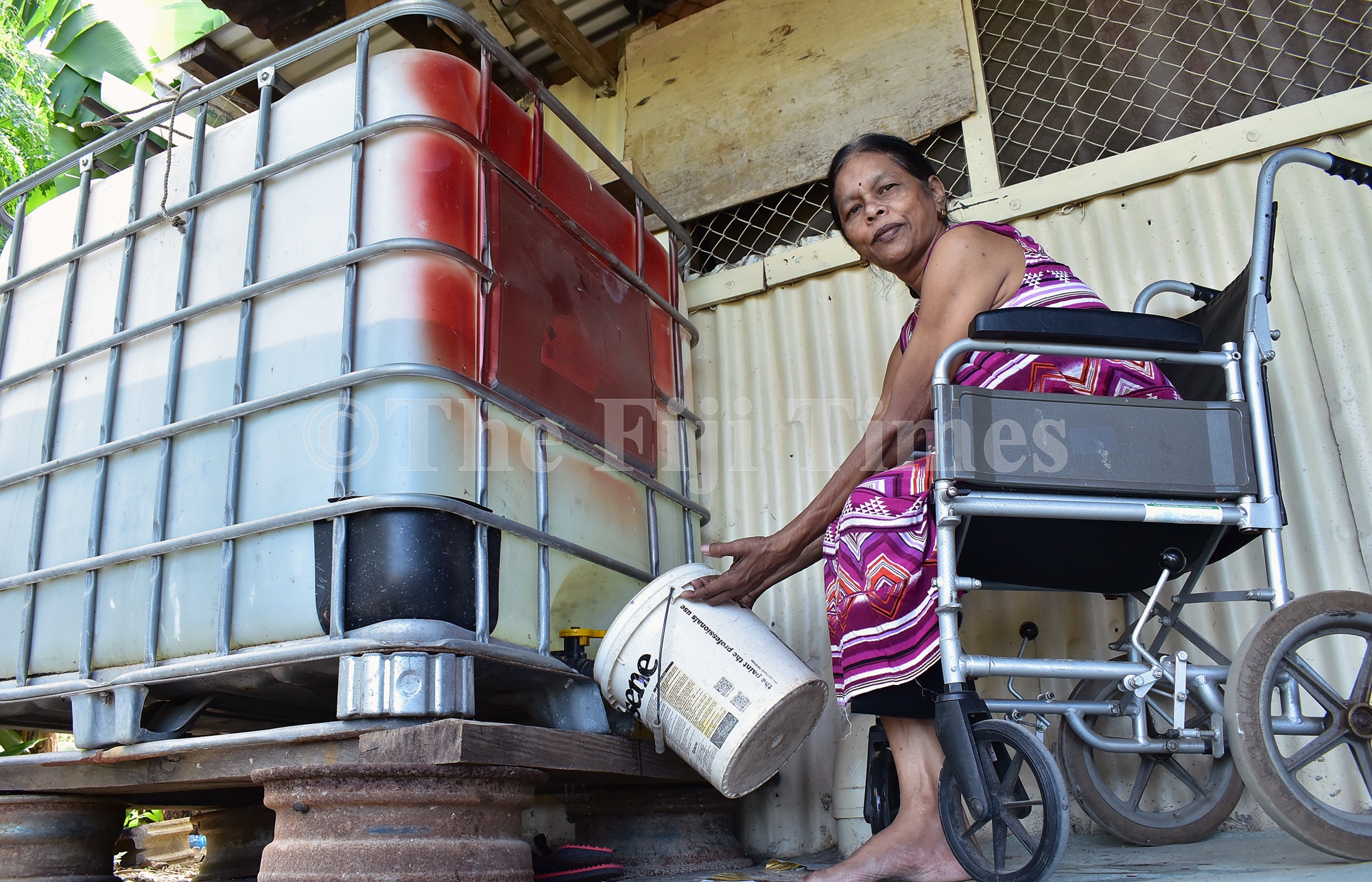 Every day, Raj Kuar makes sure she uses water wisely and never waste any drop of it as they face frequent water cuts at Ledrusasa settlement, Legalega Nadi. Picture: BALJEET SINGH

On this date last year, we reported on the forecast that rain was expected to be below normal in October. It was a concern for many people.

The Fiji Meteorological Service made the announcement.

As the country braced itself for a dry spell, it stated the most affected area in the country was the North West part of Viti Levu. Tavua and Rakiraki, it pointed out at the time, were experiencing 60 to 70 consecutive days of very little or no rain at all.

There was a reduction in rain from July to August last year, which was unusual, “especially in the dry seasons”.

While this was a dry spell, the office stated, it was not a drought.

We also reported on issues faced by people in parts of the Northern Division.

While it was encouraging to see water delivery being made at the time, it was a concern that water shortage was actually having an impact on the lives of people.

The United Nations Department of Economic and Social Affairs had this on its website that day: On 28 July, 2010, through Resolution 64/292, the United Nations General Assembly explicitly recognised the human right to water and sanitation and acknowledged that clean drinking water and sanitation are essential to the realisation of all human rights.

The Resolution calls upon States and international organisations to provide financial resources, help capacity-building and technology transfer to help countries, in particular developing countries, to provide safe, clean, accessible and affordable drinking water and sanitation for all.

In November 2002, the Committee on Economic, Social and Cultural Rights adopted General Comment No. 15 on the right to water.

Article I.1 states that “The human right to water is indispensable for leading a life in human dignity. It is a prerequisite for the realization of other human rights”.

Comment No. 15 also defined the right to water as the right of everyone to sufficient, safe, acceptable and physically accessible and affordable water for personal and domestic uses.

While we have our share of issues, consider those faced by people around the world.

In rural Sub-Saharan Africa millions of people share their domestic water sources with animals or rely on unprotected wells that are breeding grounds for pathogens.

The average distance that women in Africa and Asia walk to collect water is 6 kilometres.

Average water use ranges from 200-300 litres a person a day in most countries in Europe to less than 10 litres in countries such as Mozambique.

People lacking access to improved water in developing countries consume far less, partly because they have to carry it over long distances and water is heavy.

For the 884 million people or so people in the world who live more than 1 kilometre from a water source, water use is often less than 5 litres a day of unsafe water.

At any one time, close to half of all people in developing countries are suffering from health problems caused by poor water and sanitation.

Together, unclean water and poor sanitation are the world’s second biggest killer of children.

It has been calculated that 443 million school days are lost each year to water-related illness.

Perhaps we should remind ourselves about the importance of water, and appreciate why we should try and conserve it.

Awareness is the key.