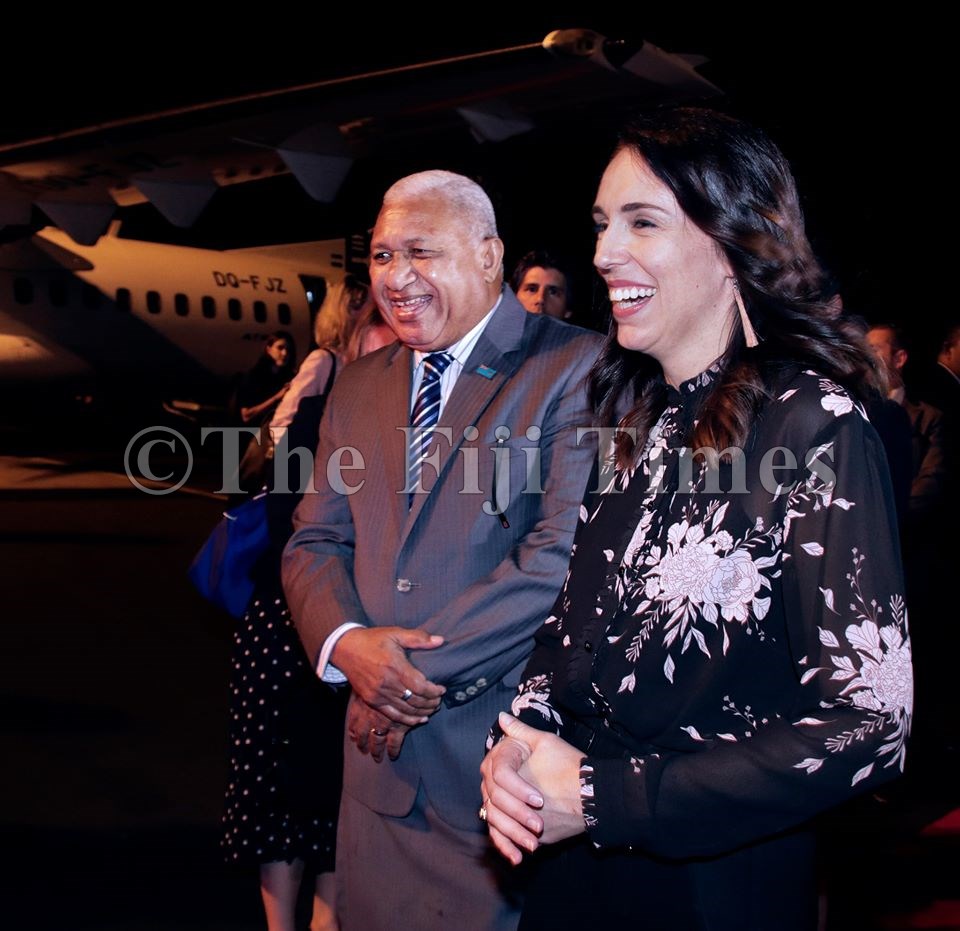 When Prime Minister Voreqe Bainimarama congratulated his New Zealand counterpart Jacinda Ardern, for her historic victory in the NZ general election yesterday, he echoed the sentiments of a large number of Fijians.

There can be no doubts about Ms Ardern’s popularity.

In fact, arguably not many leaders in our region have such an international profile as Ms Ardern.

Mr Bainimarama said Fiji looked forward to enhancing its bilateral engagements with NZ and in advancing regional and global issues of common interests to both countries.

He reaffirmed our commitment to work closely with New Zealand to deepen bilateral relations and strengthen the solidarity of the Blue Pacific continent.

Ms Ardern’s profile and leadership have been defined by a series of events.

There was the massacre of 51 Muslim worshippers in Christchurch in March last year, the volcano eruption that killed a number of people on White Island last December, and the COVID-19 pandemic.

In the face of these events, Ms Ardern earned accolades for her decisive response.

She stood out as a reassuring figure as Kiwis were swept up by the emotional turn of events.

She hugged first responders, took decisive and quick action to tighten gun laws and led a strategic and strong response to contain COVID-19 in her country.

While there have been issues raised about other policy matters on the domestic front in New Zealand, there can be no doubts about her growing popularity, and the fact that thousands of Kiwis and people around the world can actually relate to her.

She said the win reflected her compassionate, caring and resilient leadership.

Ms Ali said in these days of terrible leadership in the world – where spaces for human rights, including free speech, were steadily decreasing, where the media was under threat, where there was increased militarisation, and too much fear to speak the truth – Ms Ardern stood out as a beacon of hope for the world and a great example for leaders, including Fiji to follow.

“The true and genuine leadership displayed by Ms Ardern is what the world needs right now,” she said.

Ms Ardern left an indelible impression on the minds of thousands of Fijians when she visited our country in February this year.

An event that happened during her tour spoke highly of her instinctive and genuine responses to events which has made her a darling of the people.

At Tamavua-i-wai in Suva, she removed herself from a high podium, and took herself to the floor to sit with women from the settlement.

It was a powerful gesture that resonated with all who witnessed it. “Please, next time, we sit together,” she said as she made her way to the women, removing her shoes as a sign of respect.

“Please when I next come, please do not put me on a stage. I would rather sit with you, if that’s OK,” Ms Ardern told the residents.

“I feel a little bit like the queen sitting up here. So next time we all sit together because if New Zealand is now synonymous here to you, then that’s as it should be.”

It was from the heart. There are lessons to be learnt here, about decisive actions, humility and compassion.

We say congratulations are in order, and look forward to the strengthening of ties between our two countries.