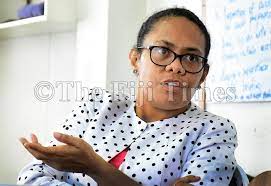 The revelation by Fiji Council of Social Services executive director Vani Catanasiga, that children are scavenging for scrap metal at landfills and dump sites to help put food on the table for their families is a concern.

She said she had witnessed children as young as eight years old selling food at night to provide for their family.

This is a real concern.

The rise in cost of food, she believes, has forced some families to engage their children in scrap metal scavenging and others in selling food at great risk at night.

The increase in food and fuel costs, Ms Catanasiga said, was not only affecting a lot of low-income families, it was also affecting their children’s education.

Families, she noted, were now looking for scrap metal at the Vunato rubbish dump in Lautoka, to sell.

“The sad thing about this, we have seen parents with children at the rubbish dump. Children are going back to the income-generating activity of looking for scrap metal.”

She said she received reports from district council of social services members about challenges faced by families who were struggling to put food on the table.

“I was at a supermarket in Laucala Beach when I came across three children selling roti parcels for a dollar each at 10pm, they could have been eight to 10 years old while their parents waited for them at a nearby bus stop.”

Her team had come across children as young as nine, selling food outside supermarkets in Nasinu at night and some hawking rourou bundles at traffic lights to drivers.

On the international front, we are reminded by the United Nations that at the beginning of 2020 for instance, one in 10 children aged 5 and over were involved in child labour worldwide – equating to an estimated 160 million children, or 63 million girls and 97 million boys.

Globally, it stated, significant progress was made in reducing child labour in the past two decades.

It is estimated that without mitigation strategies, the number of children in child labour could rise by 8.9 million by the end of 2022, due to higher poverty and increased vulnerability.

It seems we have a real problem on our hands.

The question is what are we to do about this?

There will also be many other questions about attributing factors.

Whatever we do will have to involve stakeholders!

It will mean getting to appreciate issues on the ground, the challenges faced by those directly impacted, and measures we can put in place to assist them.

Understandably, this isn’t going to be an easy fix!