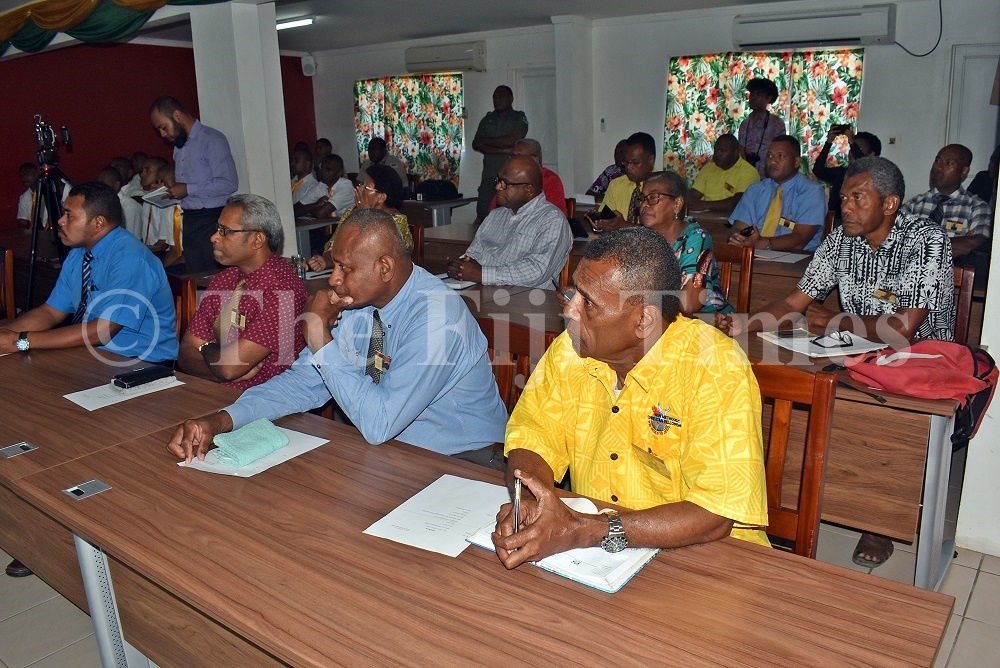 Mentors during the Sow The Seed program at the Devo Heights Convention Center in Walu Bay, Suva on Monday, November 21, 2022. Picture: JONACANI LALAKOBAU

So we now have 461 young offenders between the ages of 18 and 25 years under the care of the Fiji Corrections Service, which is quite a large number!

The figure was highlighted by FCS Commissioner Commander Francis Kean while addressing 14 senior pastors and retired teachers during the Sow-A-Seed (SAS) mentorship project in Suva yesterday.

Now given that figure, what will also attract attention is the fact that the total number of young offenders was about one quarter of the prison population.

Mr Kean is banking on the SAS project to help bring a holistic approach to the rehabilitation of first-time offenders.

He is hoping this will ensure there is real life change. Mentors, he said, would be able to restore positive thinking, self-esteem, confidence, ownership and help offenders breakaway from the cycle of crime at the Nasinu Corrections Facility.

In saying that, we realise this isn’t a problem with a simple solution.

It has to involve society, the family structure, and how we address various scenarios around us.

When there is a breakdown of these family structures and values, there will be repercussions.

The COVID-19 pandemic also hasn’t been good to thousands of Fijians as unemployment figures hit the roof in 2021 when the second wave struck.

We realise though that the number of young people in prison hasn’t just popped out of the woodworks either.

It is unfortunate. However, when we reflect on news and current affairs, we will have to accept that there has been an upsurge in gang violence in and around the Capital City for instance.

At one stage, the streets of Suva brimmed with thugs who picked people’s pockets.

Muggings in the city in 2019 were captured by CCTV cameras. It was a major concern and the issue of theft and robbery cases was even raised in Parliament.

Then there were cases connected to hard drugs gaining prominence in the media.

It is clear there are issues that we need to consider, and address collectively as a nation.

In September this year, the New Zealand government announced a ‘Better Pathways’ package targeted at placing more young people in education, training or work to drive down youth crime.

NZ Education and Police Minister Chris Hipkins said youth crime was clearly an issue, particularly in Auckland, and the government was investing heavily in programs that created opportunities for young people to break the cycle of crime.

Back to the homefront, the powers that be have an important role to play in the greater scheme of things.

However, we all have to be in on this, to empower our young to do the right thing. Understandably that is easier said than done.

It is good to see processes in place in our corrections facility right now. But the challenge is to put a stop to the number of young offenders going to jail.

That will need a whole-of-society effort.