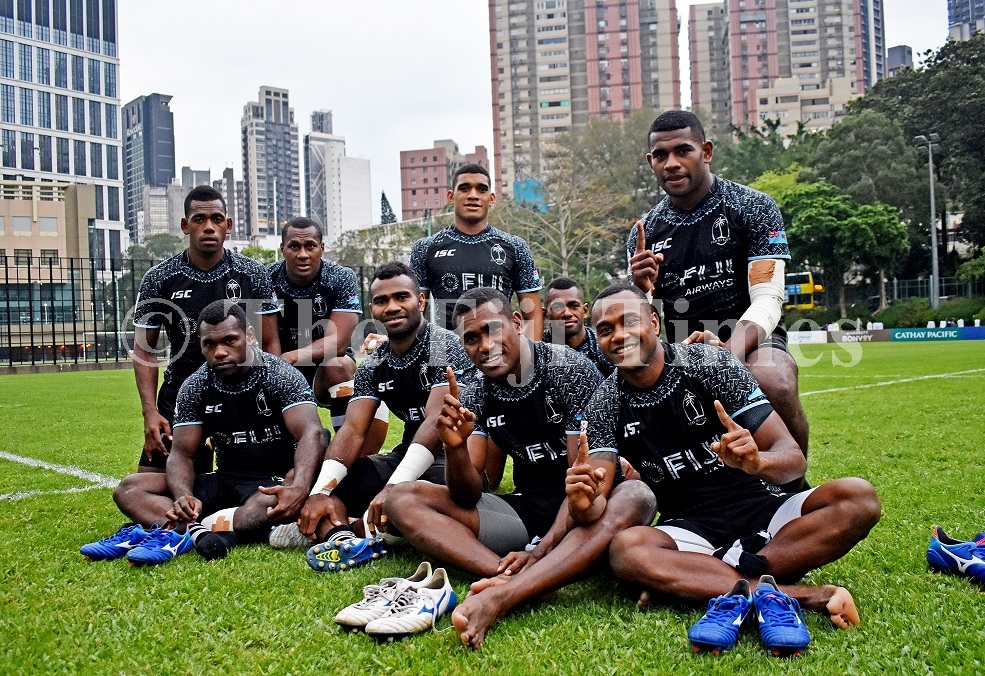 Members of the Fiji Airways Fiji sevens players after their training at the So Kon Po Stadium. Picture JONACANI LALAKOBAU

THIS is it! We are now counting down the hours till our first game at the Happy Valley in Hong Kong tonight!

Fans from around the world have started arriving in this former British colony.

Hong Kong has a long history of association with the abbreviated version of rugby.

It’s basically where the sport was nurtured.

When we talk about sevens rugby, it is difficult to shrug aside Hong Kong.

In this densely populated territory, where 7.4 million people live, and which is now part of China post-handover, sits the venue of what is arguably the most anticipated sevens tournament in the world. This is where our love affair with this version of rugby began.

It is difficult to comprehend Hong Kong without the national sevens team as it is to accept defeat here.

We may not have fared well in the recent legs of the World Rugby 7s Circuit.

Will that come back to haunt us this weekend? Or have we learnt from our mistakes, and is this our time to pull off the restraints, and go for broke? We are in a pretty tough pool, with Kenya, New Zealand and Australia.

With South Africa and Hamilton already in the bag, we are still playing catch up rugby.

While it isn’t a pleasant thing to consider, let’s hope the special association we have with So Kon Po will inspire us this weekend.

For decades, Fijian fans have grown up with a very tight association with the Hong Kong 7s.

This is where many of our stars were born, and thrust onto the highest pedestal. This is where our profile as a giant sevens rugby nation was nurtured.

Fijians have, over the years, kept their best for Hong Kong, displaying feats of magic on the turf that unleashed the likes of sevens wizard Waisale Serevi.

The count-down has already started.

Interest is already building up as fans look forward with great anticipation to a weekend they hope will be fruitful.

The early tournaments have allowed us to study the top players in the circuit.

It has allowed us to appreciate their strengths, and hopefully national coach Gareth Baber has also had a lot of opportunities to pick up loopholes to exploit in their armour.

Sevens rugby has grown in leaps and bounds in popularity around the world.

It has become a sport with a stronger global reach in the wake of the Rio Olympic Games in 2016. We have become a team that is instantly recognised in many parts of the world following our gold medal win in Rio.

The onus though is on our team to shrug off the cobwebs that have ‘poor forays’ written all over them, and rediscover our passion to overcome and be the best that we can be.

Baber knows what Hong Kong means to the people of Fiji.

“We know there’s a lot of expectation around this tournament, but pressure is just a perception, it’s not real, and it’s up to us to keep our minds on what we have to do to play our way and execute what we want to do as a team on the park,” he said.

Fans will be eagerly looking forward to how we fare on our favourite hunting ground. Bring on Kenya tonight! Go Fiji, go.