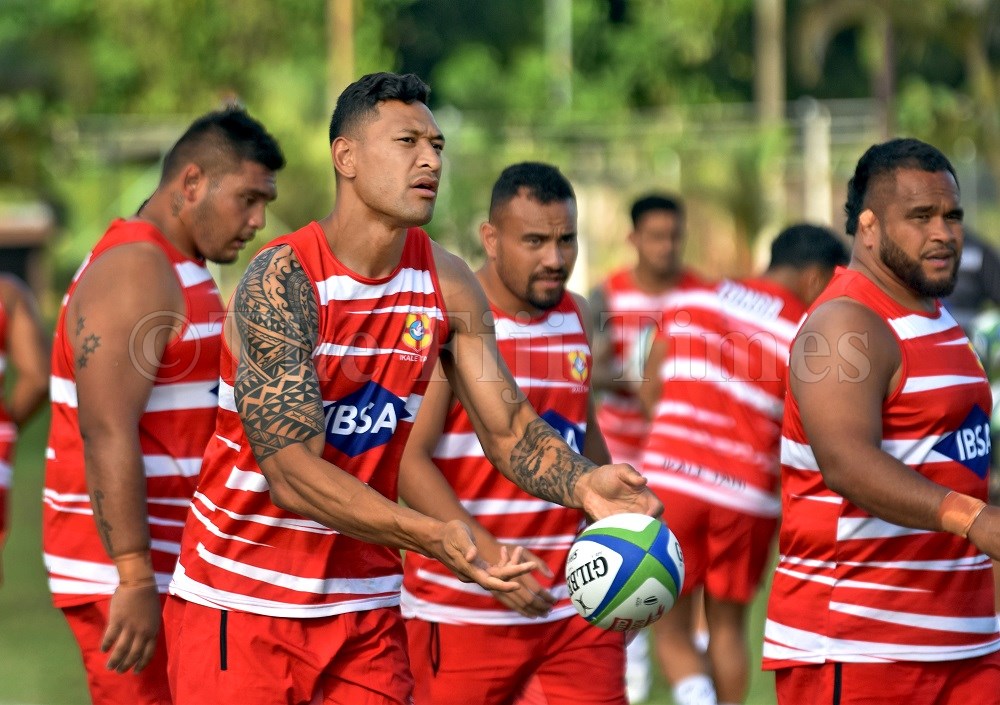 The hype is building up to today’s opener for the Flying Fijians when we take on the might of Tonga in Suva.

That’s when the Pacific Nations Cup competition gets underway at the National Stadium.

On paper, fans can expect a thriller. There is already an exciting edge to the match with the host of big name players announced by both teams.

On the field, Fijian fans will be keen to see the Flying Fijians in action, especially following the exploits of our top players in Europe and the campaign by the Fijian Drua in the Super Rugby Pacific competition.

Attention will no doubt be focused on the likes of the “Bossman” Vinaya Habosi who makes his debut for the national side after a powerful season with the Drua.

He will get a baptism of fire opposite Tonga’s dual international Israel Folau. National coach Vern Cotter named a very strong squad to take on the might of the Ikale Tahi.

It includes a number of Drua squad players. In fact we will have a Drua frontrow taking on the Tongans, with the likes of Hareiti Hetet, Tevita Ikanivere at hooker and Manasa Saulo.

Young lock Isoa Nasilasila gets a run-on in the secondrow with openside flanker Rusiate Nasove forming the backrow with Mesulame Kunavula at blindside flanker and number eight Albert Tuisue anchoring the scrum.

Drua halves Frank Lomani and Teti Tela have been named at 9 and 10, with Kalaveti Ravouvou debuting at inside centre.

The side to take on Tonga is powerpacked. The key, undoubtedly, will be on how well we can lay the foundation upfront. Fijian fans who followed the Drua this season will head in with pretty high expectations.

The wealth of talent sitting outside the announced team reads like a ‘who is who’ of top rugby stars.

It should put our challenge on a high plane as we head into a game that kick starts our international campaign this season.

Yesterday, it was encouraging to see members of the Flying Fijians meeting the public. It is the way to go to encourage fan participation as we count down to the big game.

We have all the ingredients for a top class game.

We have the quality players in the run on sides, the time as they all come off strong seasons of club commitments, and we have an expectant nation of fans with strong memories of the Drua campaign.

It makes for an exciting weekend of rugby to look forward. May the best team win this afternoon.