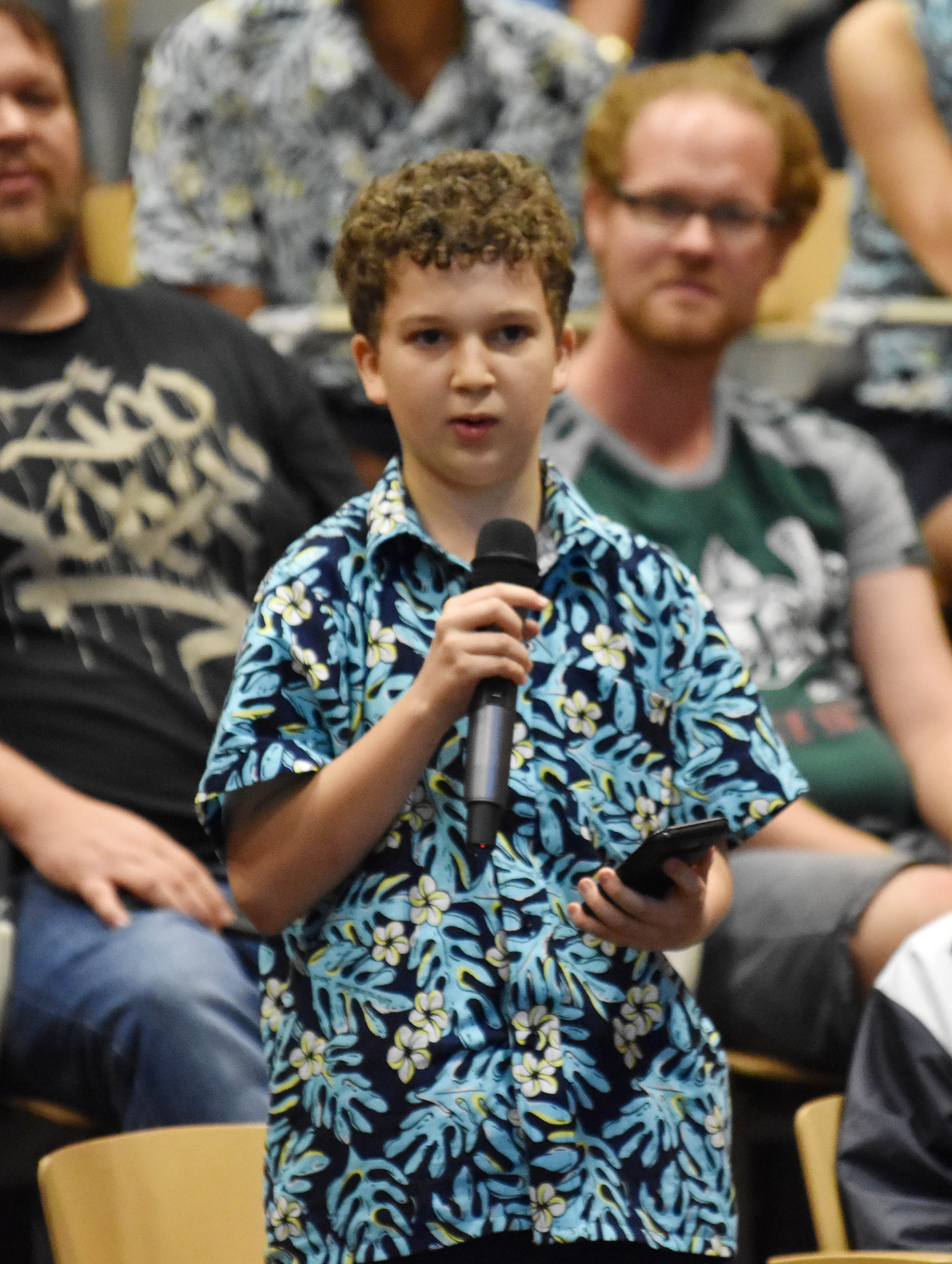 SOMETIMES young people can have a major impact on issues of national interest.

Perhaps it’s because they come in with a very different mindset and appreciation of events that some of us take for granted.

Or could it be that their innocent minds are simply speaking out what most of us are thinking.

It was interesting to read about how a young German boy voiced his concern about the rising impact of climate change in the region.

He has lived in the region for the past 13 years.

Daniel Graf, a Year 9 student of International School in Suva, caught everyone’s attention at a youth interactive session this week because of the question he posed to UN Secretary-General Antonio Guterres.

As our report today points out, the 13-year-old was at the University of the South Pacific’s Laucala Bay campus for the event.

“I’ve lived my whole life in island countries so I see it as a major issue that developed countries like China, the US and even Germany are not focusing on the effects, but more on what it could bring to them to stop it. I feel it’s just a horrible thing and everyone around the world should feel the same about it.”

The statement offered a glimpse of the status of the region in the eyes of a youngster.

He was passionate about the impact of climate change on the region and did not hesitate to get Mr Guterres involved.

He asked Mr Guterres if he had seen the danger in that more and more resources were invested in adaptation and mitigation method, thus, taking the focus off the fight of global warming beyond the target of 1.5 to 2 degrees.

Mr Guterres said the decisions from 2020 was financing.

“We are having some successes,” he said.

“For the developing world, adaptation is essential because, unfortunately, climate change is already there and the impacts are now so we need a much stronger commitment to adaptation and we are working on that.”

Mr Guterres has made no bones about his commitment to the issue of climate change and how the world should address it.

His speeches have been loaded.

They have been powerful and hopefully, will place the world on notice so to speak.

In Funafuti, Tuvalu, as part of his whirlwind tour of our region this week, he said, “I want to express my very deep solidarity and admiration in relation to the people and the government of Tuvalu.

“You are on the frontline of the war on climate change because climate change is striking in Tuvalu in a more dramatic way than anywhere else in the world.

“I have enormous admiration for how you have decided to resist and you are implementing a program of adaptation and resilience that is something that the whole world should admire and support.

“But it’s necessary that governments that are still causing the problems that affect Tuvalu understand that they need to change.

As young Daniel said, “It’s not enough just saying that you will do something. It should be the main priority of every country in the world at this moment.”