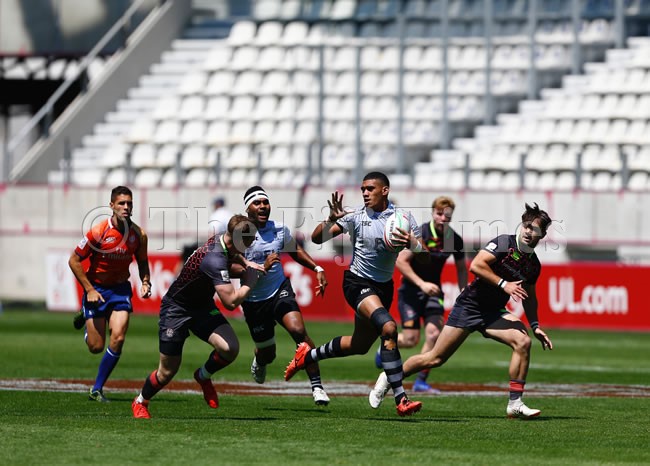 When all things are said and done, and the game-plan board is dusted once more, we actually did pretty well in Paris at the weekend.

We were on fire right from the first game.

Our attacking shapes were quite good. Our defensive shape was near perfect.

We were cutting into the attacking paths of opposing teams.

We were strong in the breakdowns.

We kept teams guessing when on attack.

We never seem to have an issue even when the chips seemed to be down for us, and we had little time on an already shortened time-frame for play on the field.

We maximised whatever time we could swing our way, and many times in the course of a game, we scored tries.

But while there were obviously many highlights of our foray on the London and Paris leg of the World Rugby 7s series, a couple would stand out.

It’s rare to win back-to-back tournaments on the same leg.

Factors surrounding just one event do not make this a convincing proposition at all.

It’s too limiting, the turnaround time that is.

When you win the first tournament of a leg, you actually fall back in terms of recovery time.

Throw in the fact that there are no more minnows in the series, and you have the setting for a highly charged event just a week away.

By then the big guns are already going through their recovery phases, and are a couple of minutes or hours ahead of you.

All teams fight for the top position.

They all want victory.

The fact that it is quite rare to win back-to-back tournaments in the series perhaps could very well consolidate that notion that it isn’t an easy thing to achieve.

So, in hindsight, where are we at right now?

Looking ahead to the Olympic Games next year in Tokyo, Japan, are we ready?

Do we have what it takes to retain our title and win gold once more at one of the premier sporting events on the planet?

Do we have the right men to deliver the goods so to speak?

Are we quite comfortable where we are at right now?

Understandably there will be positive reactions, and some mixed reactions as well.

National coach Gareth Baber’s challenge is to keep our men motivated to carry us through to the top of the world once more.

We came off the London and Paris leg with a couple of blinders.

We won the London event, and wrapped up a spot in the next Olympics.

Then we won the series when we defeated Mike Friday’s US in Paris, and we did not stop there.

We backed ourselves and took out top honours in Paris.

It was a back-to-back beauty!

It rounded off what has been an exciting foray since the Hong Kong 7s.

The key obviously is retention of all the good things that paved the way for our wins this season.

It is about understanding, appreciating, placing value on, and retaining the positives.

That undoubtedly will include our core group of players.

The vultures may already be out, behind the scenes.

We must be proactive.