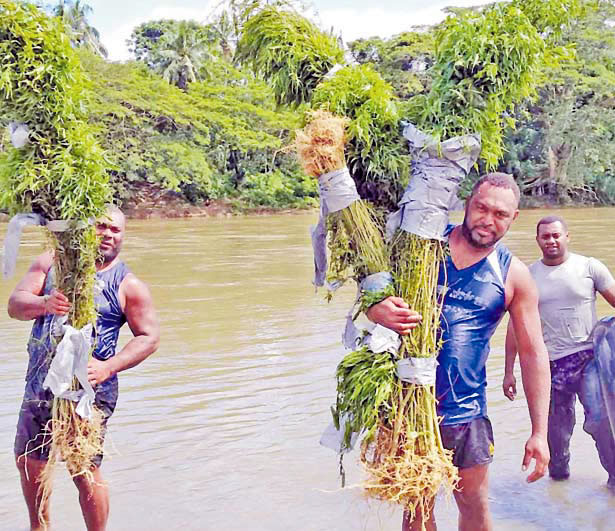 The recent discovery of more than 1400 plants believed to be marijuana should be a reality check for us all.

It should drive through the point that we have a drug problem that isn’t going to go away any time soon, even now that we are slowly getting back on our feet from the challenges of the COVID-19 pandemic!

It must make us sit up and take notice.

When you think about the impact of drugs on Fijians, especially the negative impact, there should be concern.

In fact we should be worried about the fact that drugs are available.

Marijuana plants are out there and peddlers are still pushing their drugs.

Police have confirmed drug operations are continuing around the country as a raid in the hills of Navosa resulted in the discovery of the 1400 plants.

Chief Operations Officer Assistant Commissioner of Police Abdul Khan said routine operations have been beefed up with the Divisional Task Forces focused on targeting crimes that often record an increase during the festive season.

Apart from drug raids conducted in Kadavu, which is an ongoing operation, ACP Khan said teams are targeting cultivators, while task forces are focused on peddlers and those involved.

Operations are also focused on crimes linked to alcohol that often record increases during the festive season.

However, between the months of January and May of this year, six cases involving juveniles found in possession of illicit drugs were recorded.

We wrote about this earlier as well, that while unlawful possession of illicit drugs was of concern — with 101 cases in the past five years, illicit drug cultivation by children below the age of 18 was also worrying as seven cases were recorded within that same time period.

In terms of division, the West recorded the highest with 42 cases followed by the Southern Division with 32, North with 22, eight from the East and Central Division recording the least with five cases.

It is difficult to shrug aside the fact that drugs are available and people are negatively impacted by the sale of drugs in most urban centres around the country.

And there are people who make money from the sale of drugs.

Our challenge is to understand the drug trade, and appropriately deal with it.

In the case of marijuana farming, there has to be some attention to empowering farmers to exit the illicit trade if we are after change!

That will mean offering an alternative that is viable, and will establish some semblance of order in their lives.

This is an issue that needs a united front.

The police need the support of the masses to fight the drug war.

We know what must be done. We know why it has to be done. What we need is the courage to stand up and to be engaged in the campaign to make a difference.