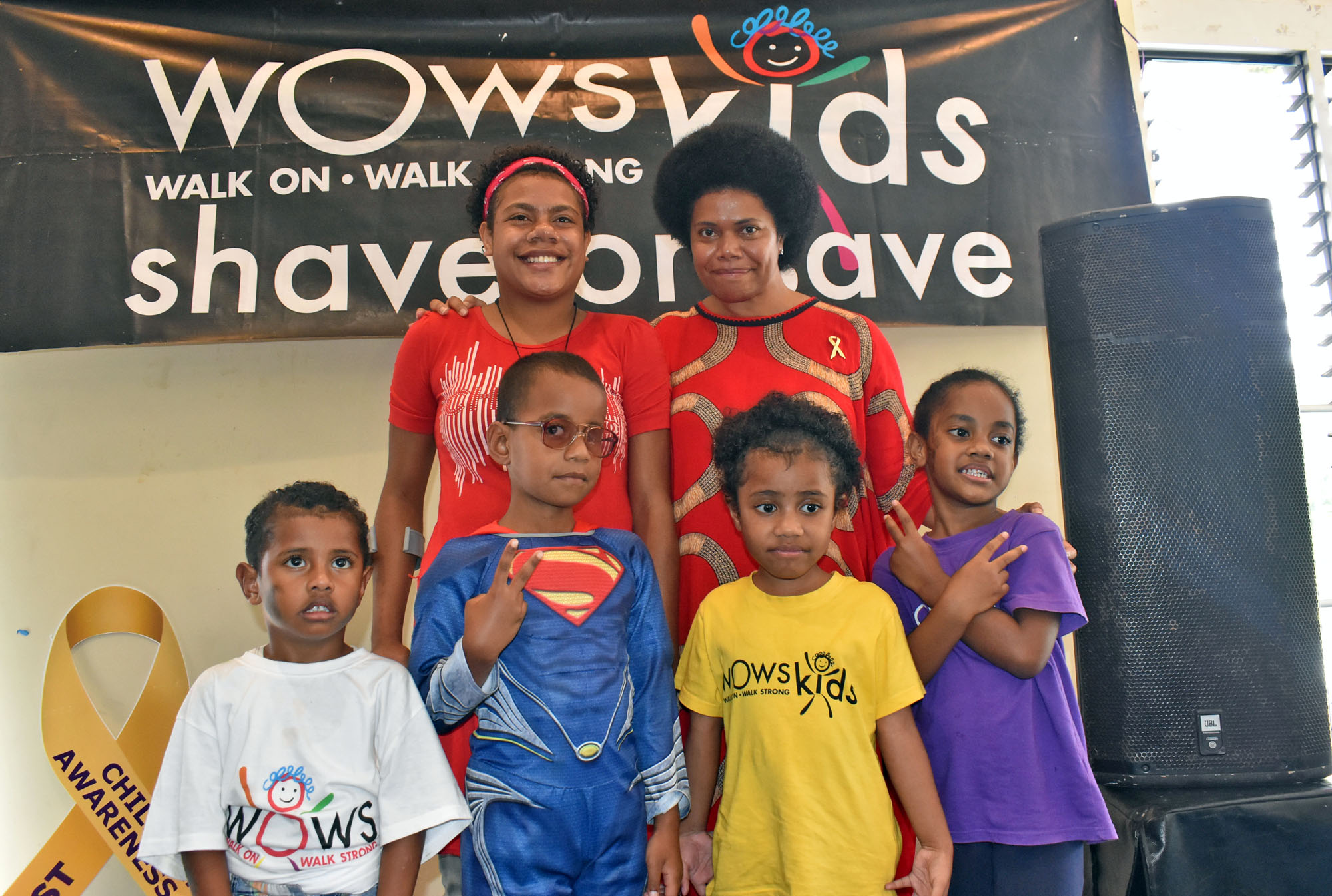 THERE was certainly a lot of interest yesterday hovering around Opposition Member of Parliament Lenora Qereqeretabua.

She had put her iconic buiniga on the line.

It was difficult to comprehend Lenora without her buiniga.

It has been a source of great pride for Ms Qereqeretabua, and soon became a major talking point when she volunteered to be part of the Walk on Walk Strong (WOWS) Kids Fiji ‘Save or Shave’ campaign.

At the end of the day, it was all for a good cause.

The ultimate goal was to raise funds for children suffering from cancer, and for the work of WOWS Kids Fiji.

When all money cans were finally counted and tallied, those who participated yesterday raised a total of $23,676.81 at Albert Park in Suva.

It was a massive show of support by people around the country who backed the campaign.

Ms Qereqeretabua’s buiniga was “saved” after she raised close to half of the total amount. She had volunteered to shave her hair.

However, she was able to raise $11,478.66 which prevented her from shaving her Fijian buiniga.

Out of this, a total of $176 was donated towards her “shave campaign”.

The three volunteers, Dr Ada Modsiri, Ana Suliano and Iosefa Maiava who had their heads shaved yesterday had raised more than $5000 during the campaign.

Ms Qereqeretabua acknowledged the good work that WOWS Kids Fiji had done over the years to assist children who were battling cancer, and also their families.

“WOWS does a lot of support work for children especially their parents and guardians so it is really important that we keep WOWS at the back of our minds because the funds come in and go out very quickly,” she said.

“This is because of the support that WOWS offers the children who are suffering from cancer, support in terms of shopping for their families, especially for those who have given up their jobs to stay home to look after sick kids.

“The funds are very important for WOWS so that’s why I’d try to raise as much money as possible and I am so glad and I would like to say thank you to everybody.

“Thank you to everyone who gave to Save and to Shave, thank you all so much for your support.”

WOWS Kids Fiji co-founder Sina Kami reiterated that the money collected during the campaign would be directed towards assisting children who were living with cancer and their families.

Sixteen children have died from cancer so far this year. It isn’t easy looking after children living with cancer.

Families will tell you that it saps the energy, takes a swipe at emotions and can be a sad experience for some.

In the face of the uncertainty, fear, sense of insecurity and doubt sits WOWS.

They provide a semblance of order and reassurance for affected families.

A lot of work continues behind the scenes daily, as families and children are visited and reassured.

Acknowledgment is due for all those who are willing to give their time, effort and money for a worthy cause.

We say thank you.