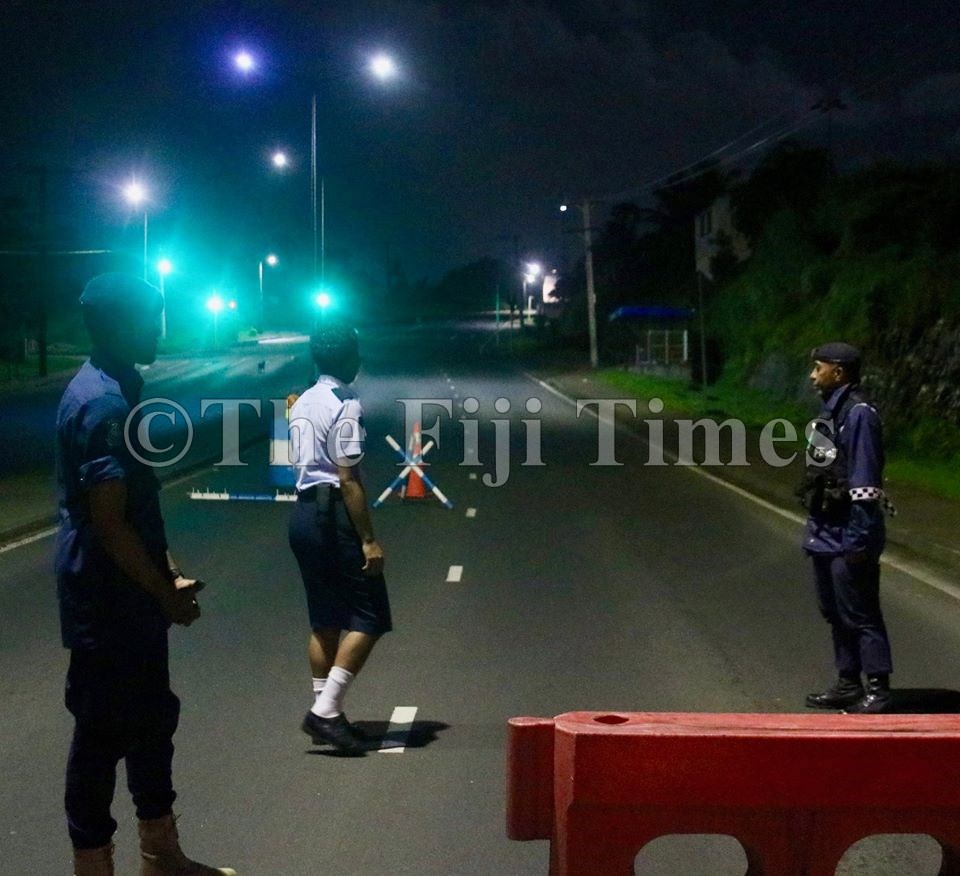 The revelation by police that most people arrested for curfew breaches on Thursday and Friday were intoxicated is sort of becoming the norm in a sense.

There have been quite a few people arrested drunk and in breach of curfew hours recently.

With the panic, uncertainty and frustrations built up by the COVID-19 pandemic, you’d expect a very different line of thought. But not so, it seems.

Drunks are reportedly more visible in some neighbourhoods, especially in the Capital City and in Nasinu for instance.

Being inebriated offers them a sort of release in that they become bold enough to test the law.

When the curfew hours are in force, you’d expect quietness everywhere and restricted movement.

This reportedly isn’t so in some side streets of the Capital City and in Nasinu, and along footpaths that crisscross many neighbourhoods.

Youths are reportedly still roaming around, some drunk.

Understandably the police cannot be everywhere at once. So it does leave us with a very important role.

We must be true to ourselves first if we are to keep the status quo in as far as our COVID-19 platform is concerned.

We are on containment mode right now.

Our best bet is to stay that way.

With the Australians and New Zealand already in deep discussions, and having taken action to a certain degree, over a travel bubble, surely we’d like to be part of it.

That would stimulate our economy and put more smiles on faces.

Police said the Southern Division recorded eight cases of curfew breaches on Thursday, including five people in Nasinu who were intoxicated.

Three people found loitering were arrested in Nabua and Navua.

In the Western Division, four people in their 20s were intoxicated and arrested in Lautoka, while two farmers, who were also drunk, were arrested in Nadi. The Eastern, Northern and Central divisions recorded nil cases.

There were 20 arrests recorded on Friday.

In the Southern Division, there were six alcohol-related cases, while two men were arrested for loitering in Nasinu.

For the Western Division, seven people were arrested including an 18-year-old student found drunk and loitering in Lautoka. Six men were found loitering with two being alcohol-related cases in Lautoka.

In the Northern Division, four people drinking in a vehicle were arrested in Savusavu.

The Central Division recorded one arrest when a man was found drunk and loitering at the Suva bus stand.

There were no arrests in the Eastern Division. So while we are at it, the World Health Organization states that alcohol consumption contributes to three million deaths each year globally, as well as to the disabilities and poor health of millions of people.

Overall, it states, harmful use of alcohol is responsible for 5.1 per cent of the global burden of disease.

Harmful use of alcohol is accountable for 7.1 per cent and 2.2 per cent of the global burden of disease for males and females respectively.

Alcohol is the leading risk factor for premature mortality and disability among those aged 15 to 49 years, accounting for 10 per cent of all deaths in this age group. We realise we cannot stop Fijians from drinking alcohol.

However, we can suggest some sense of responsibility when drinking alcohol, especially knowing when to say “enough”.

For those still testing the curfew rules, we’d suggest responsibility. Fiji is greatly affected as a nation by the pandemic. The ball is really in our court.

We must stay on course, for ourselves and for our country.

This is one time our nation needs us to rise up and to be responsible.