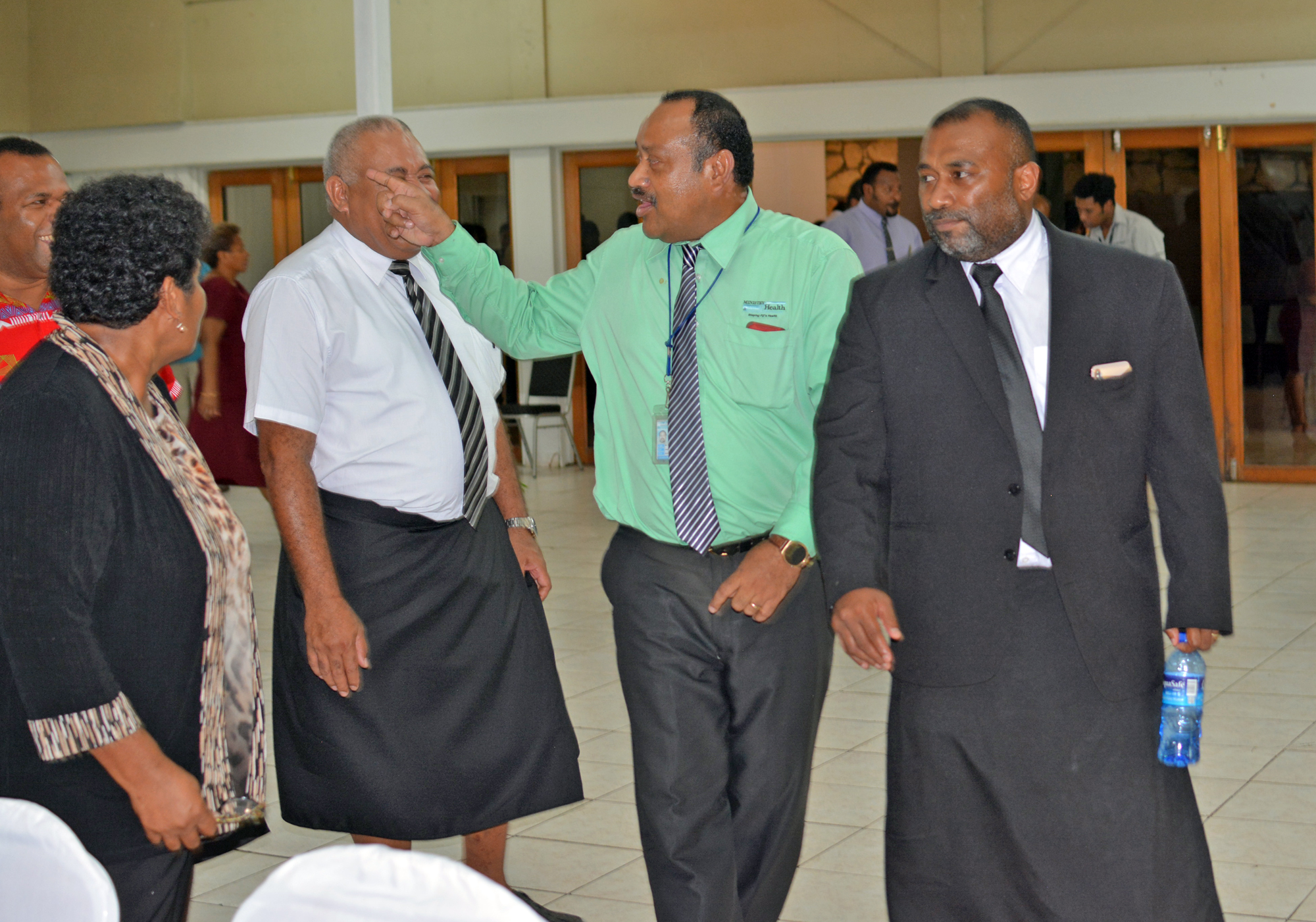 Minister for Health and Medical Services, Dr. Ifereimi Waqainabete, right, with Ministry of Health staff members during the Induction of new doctors at the Novotel Convention Centre in Lami on Wednesday, January 16, 2019. Picture: JONACANI LALAKOBAU

MINISTER for Health and Medical Services Dr Ifereimi Waqainabete yesterday made no bones about the importance of service, and consideration for the welfare of people.

He expressed sadness that there were reports of doctors and medical professionals who were rude “or perceived to be uncaring in their dealing with patients”.

Doctors, he said, would, in the course of their work, be confronted by a patient “who is unreasonable, argumentative or simply unpleasant”.

The challenge was for doctors to remain calm and professional, he said.

Dr Waqainabete urged them to show respect for those around them at all times.

Doctors, he said, needed to be proactive.

He challenged them to confront colleagues who behaved inappropriately or were “practising unsafely”.

“If you come across something that needs repairing, it is your duty to report it, not just to assume somebody else will do so,” he said.

Doctors were urged to treat patients, their colleagues and their working environment with care and respect.

“Our work can, quite literally, be a matter of life or death,” he said.

He highlighted humanity and humility as vital ingredients that should be retained in their line of work.

It was also interesting to note that the ministry would soon be conducting weekly audits on doctors at public hospitals.

This was to monitor the work they do every day.

The audit Dr Waqainabete said, was a process by Government to help doctors.

At the end of the day, emphasis would be on the 815 doctors in the civil service to live up to expectations.

Any effort to raise standards in our health system should be encouraged.

Understandably there are many opinions members of the public may have of our health system.

A Tebbutt Times Poll in June last year highlighted health as an issue raised by respondents to a survey.

It was one of the “urgent” issues the State needed to address leading up to the 2018 General Election.

The revelation that there were more than 2000 complaints received last year by the ministry should be a major concern.

It benefits both the system, and subsequently the patient.

Dr Waqainabete certainly needs the support of his men and women who have chosen to serve the people in this line of work.

He needs our support to get this message through as well.