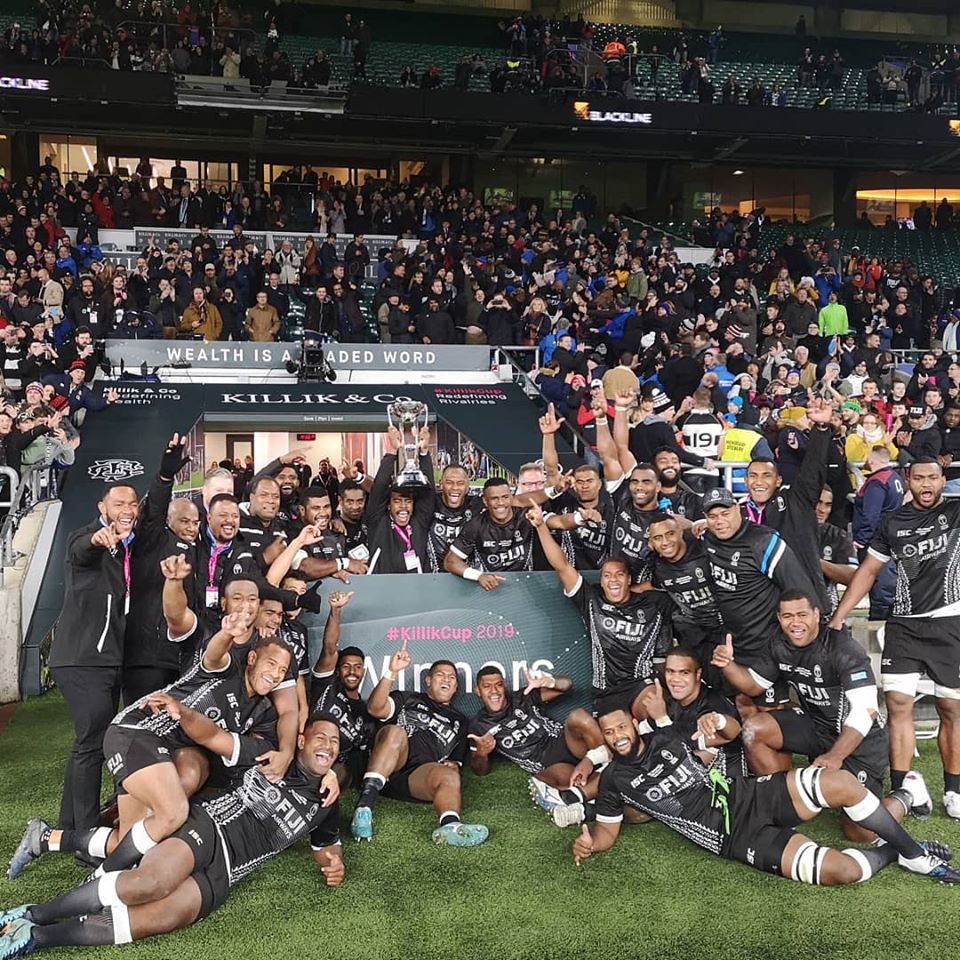 WHAT a beauty that was!

When all things are said and done, it does mean a lot to take a win at international level.

More so when we remember our early exit at the Rugby World Cup 2019 in Japan.

It wasn’t the stint we expected.

In fact, it wasn’t what fans expected at all considering the huge potential we carried into the Japan event.

So when we nullified a strong Barbarians’ effort at Twickenham on Sunday morning, fans would have lapped it up enthusiastically.

It was the stuff of dreams.

When you consider the wealth of talent and big names England coach Eddie Jones had at his disposal for the game against the Flying Fijians, the win was massive.

It did not matter that the Barbarians weren’t really together for long as a team.

What mattered in the end was the result.

That was long overdue.

It was something we could finally boast about.

Two tries from South African World Cup winner Makazole Mapimpi weren’t enough as we recorded our first win over the Barbarians in 49 years.

We won the thriller 33-31 at Twickenham yesterday morning.

What would have stood out was the fact that we carried forward a relatively inexperienced side against the Barbarians.

But when it mattered the most, we were magical on the field.

We were on fire and made the most of our opportunity. Openside flanker John Dyer was a thorn on the side of the Barbarians.

He rounded off a strong effort with two tries, sealing our win.

“This is a big win for the boys after not such a good year,” said Dyer, referring to Fiji’s group stage exit at the World Cup.

There will no doubt be questions asked of our effort and the result taking into account the campaign at the RWC 2019.

There was a lot more hunger out there against the Barbarians.

The scenarios were different however.

The turnaround time for the Barbarians in terms of preparation was shorter.

With fresh blood in the Flying Fijians squad, there was a lot more enthusiasm to impress as well.

But results matter in the end and the Flying Fijians came off with a blinder against some of the biggest names in rugby union.

A historic achievement against a top side.

What a game! What a result!