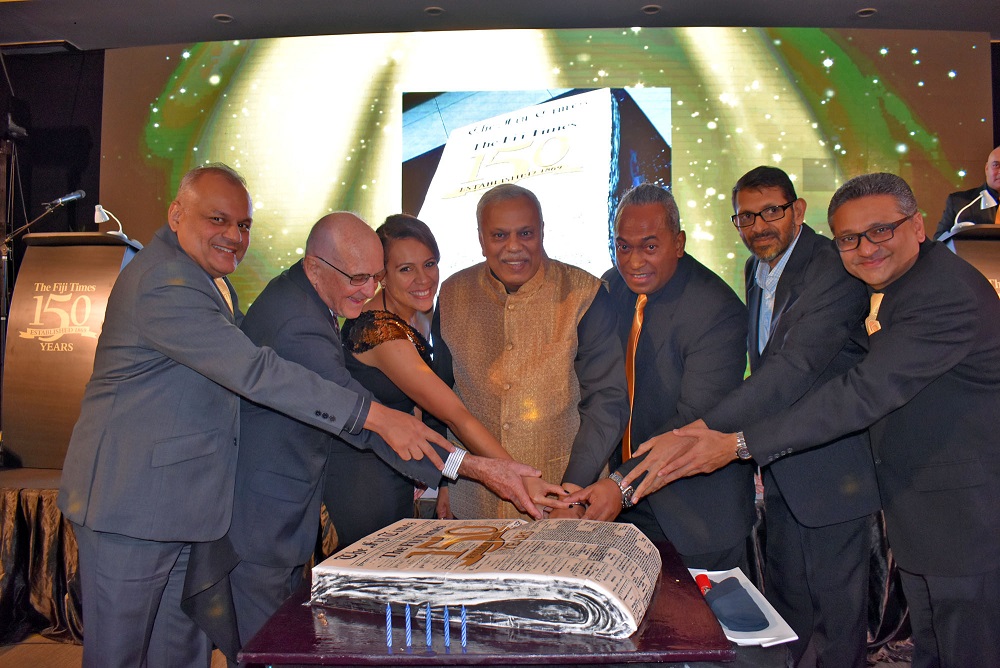 LAST night was a special night for The Fiji Times.

We celebrated 150 years of documenting history.

We took a trip down memory lane, reliving the past through the pages of The Fiji Times.

There are moments in time when we should pause, take a deep breath and get our bearings.

We need that to know where we are, perhaps ponder on the direction we are heading, and chart a path forward that may be better.

History provides a sense of direction.

We realise we must look back to ensure we do not fall in the same traps moving forward.

Sometimes we need to be reminded about the important role we can play in the development of our nation.

We have documented every major event from the time Fijian chiefs ceded Fiji to Great Britain, the Indenture period, the two great wars, the Malayan campaign, the death of our hero Corporal Sefanaia Sukanaivalu, our Independence from Great Britain in 1970, the era of the late statesman Ratu Sir Kamisese Mara, including the coups of 1987, the year 2000 and of 2006.

We documented every major event that helped shape our nation since 1869.

It has been a huge undertaking.

Our founder George Littleton Griffiths had a vision.

He started a newspaper that has stood the test of time.

His contribution to the development of our nation was acknowledged last night.

This man of vision probably never envisaged that the little weekly newspaper he started at our first office at Albion Passage, along Beach St at the foot of Mission Hill would one day develop into a household name, attracting thousands of readers daily around the world.

A former editor of the newspaper, the late Sir Len Usher, on October 15, 1962, spoke about the early days of the newspaper and gave a glimpse of the life of the people of Levuka.

The Cyclopaedia of Fiji which he referred to, stated, “In 1869, when Mr Griffith landed in Levuka, there was no form of government whatever… considering the freedom from restraint which the settlers enjoyed, every man doing as he thought right in his own eyes, the community was an exceedingly orderly one, and comparatively few disturbances occurred.

For the first two years… the press played an important part in the preservation of order”.

The Fiji Times’ first editorial comment said, “The only promise that we can make is that we shall watch the times and try to make our paper a public good; a practical, useful and honest medium for the support of honour, truth and right”.

Mr Griffiths said the company made no pretensions of greatness.

The editorial said, The Fiji Times gave no great promises… “but preferred the more modest as well as noble plan of saying little and doing much”.

“We shall maintain the liberty of the press and the rights to all men.”

“Let us put our shoulders to the wheel and heave together for the general good.”

The words serve as a guide for the newspaper today.

We take this opportunity to thank all our readers, supporters, advertisers and staff members and their families for standing by The Fiji Times.

We are not anti-government, nor are we pro-government, but we will strive to do justice to every story we print and picture we use, hoping we will be seen as a newspaper that is fair, with integrity.