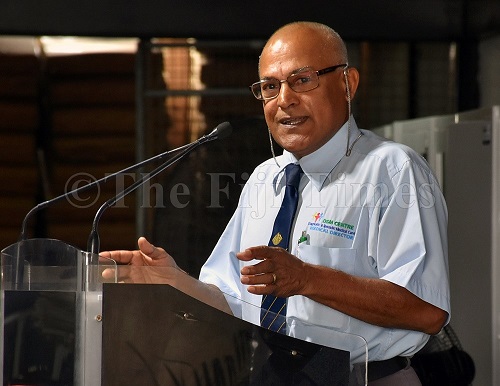 Around this time in 2019, we highlighted the issue of non-communicable diseases (NCDs).

We noted that the crisis had been hitting the high notes as per awareness.

The message was apt then as it is today! Newly elected president of the Fiji College of General Practitioners at the time, Dr Ram Raju said NCDs could only be reversed when primary health care was in the domain of general practitioners.

He made the statement during the 27th FCGP annual conference at Shangri-La’s Fijian Resort that year.

He insisted the NCD issue in this country was not going to be reversed until primary health care came to general practitioners (GPs).

The evidence, he stated at the time, was all there.

He noted developments in Australia and New Zealand.

He spoke about the need to transform the outpatient departments at every hospital into accident and emergency only once primary health care went to GPs.

Only then, he insisted, would we see the reversal of NCDs.

To say that NCDs can only be controlled by GP roll out, he insisted, was “actually a very small portion of a very complex issue”.

It had been estimated, he said, that by 2030, anywhere in the world, NCDs would be a crisis.

First-world countries, he said, were struggling with NCDs.

We note the need for awareness about NCDs.

We note the need for us all to be vigilant and make lifestyle changes.

It is always encouraging when the issue is raised and commitments are made to fight it. We can play a very important role in fighting NCDs, and making people aware about changes that must be made to nurture healthy living.

It means paying closer attention to what we eat, and how we live our lives.

It means making tough decisions that involve a change in mindset.

Dr Waqainabete had revealed in January that year that 38 million people die from non-communicable diseases (NCDs) across the globe.

It was a frightening reality.

We are definitely not alone in the war against NCDs.

At the time we were reminded that three-quarters of deaths around the world occurred in low-income families like those in Fiji.

He said they were silent killers that weighed a heavy burden on society.

So, in saying that, we are reminded about making an effort to eat healthy meals and to exercise daily to avoid NCDs.

Let’s try to understand the importance of diets, the choices we must make for a healthy life, and how we can all be part of the fight against NCDs.

Time and money are critical factors in decisions a lot of people make, directly impacting diets.

There are tough decisions that have to be made daily though, including the financial considerations.

Then there are the questions sceptics may ask of the powers that be, obviously linked to our ability to sustain ourselves.

In the end though, we have to live with the decisions we make!