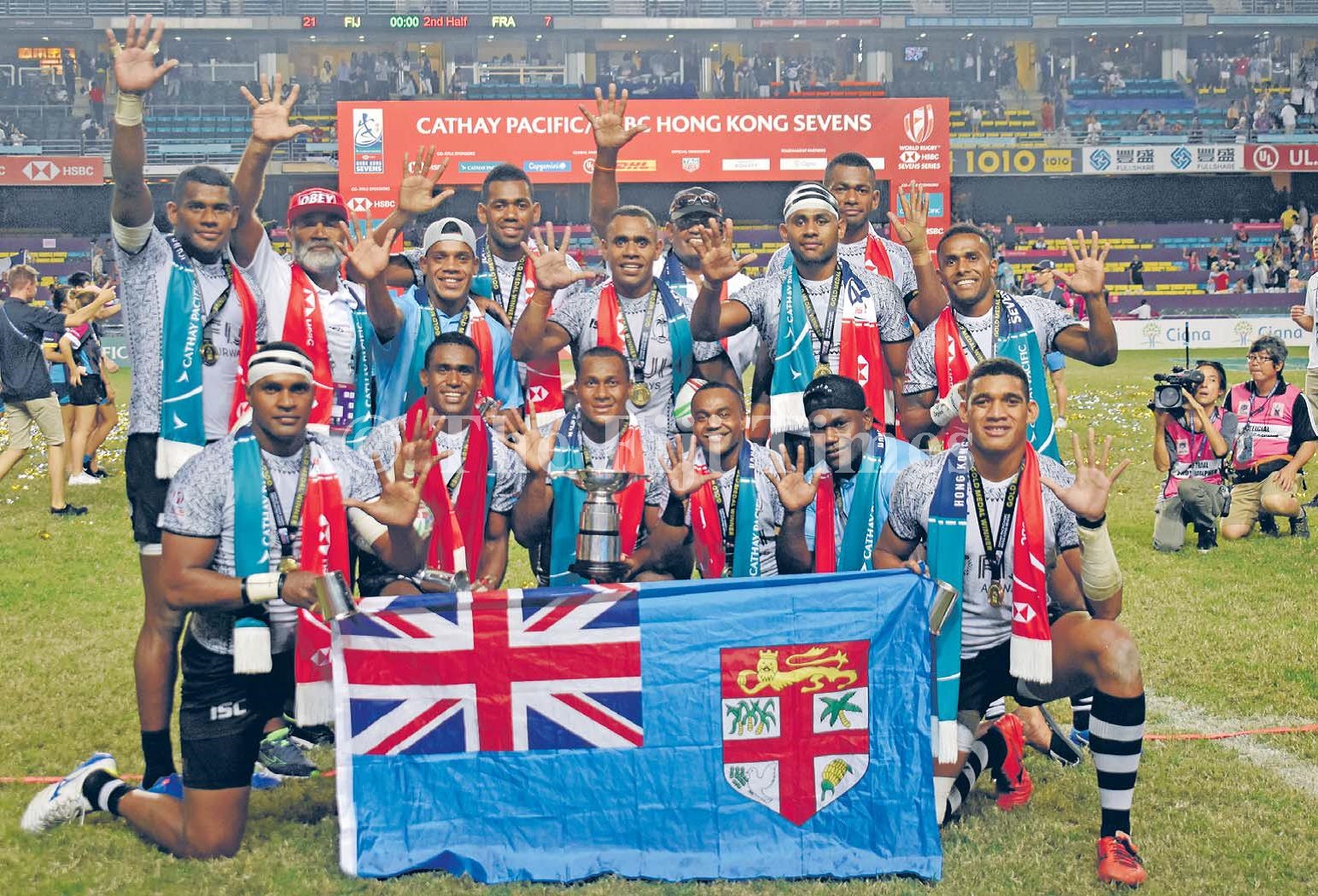 WHAT a beauty that was last night! What a cracker!

Pundits may certainly start running out of superlatives the way things are going.

We were thrown into the deep end so to speak. We had Kenya, Australia and New Zealand to contend with.

Not that we couldn’t swim!

In fact we thrived under pressure.

That much is quite clear. In the home of sevens rugby for the masses, that much is absolutely crystal clear.

Otherwise you’d have to find a word that is clearer than that.

We rocked day one with sticky fingers, beating Kenya on Friday, then we defeated Australia, and thrashed New Zealand in our final pool game on day two. When all things are said and done, this is where it all happens!

Hong Kong is the epitome of sevens rugby magic.

It is where Fijians dream of playing, and being part of the thousands of spectators who make the annual pilgrimage there.

Performing well at the Happy Valley is extra special.

For thousands of fans, it actually sits on the highest pedestal.

They defended with ruthless determination and held our defensive shape well against the best on the day. In the quarter-final, we put Argentina away.

Against Mike Friday’s USA in the semi-finals last night, expectations were quite high, intertwined with nervousness considering the Americans’ amazing form lately.

But when speedster Alasio Naduva got the ball, you could actually hear cheers already going up in many neighbourhoods around the Capital City. The cheers never subsided until the end of the semi-final.

Fijians were up and eager to be part of the Hong Kong campaign well into the night.

There can be no doubts about the impact the event has on the minds of Fijians around the world.

Win or lose, obviously Fijians will always prefer victory, Hong Kong is it.

This is where we found out that we were actually good at this.

We could punch well above our weight, and rattle more developed nations. In sevens rugby, we are a team to reckon with. We are among the best. In fact we are always our own worst enemy.

We beat ourselves! For whatever it’s worth, the Hong Kong 7s continues to attract the imagination of Fijians.

It continues to turn heads and unites our country.

This is when imaginary divides are cast aside, where our differences are nothing compared with how we perform at the Happy Valley.

What a weekend! What a feast of sevens rugby! |