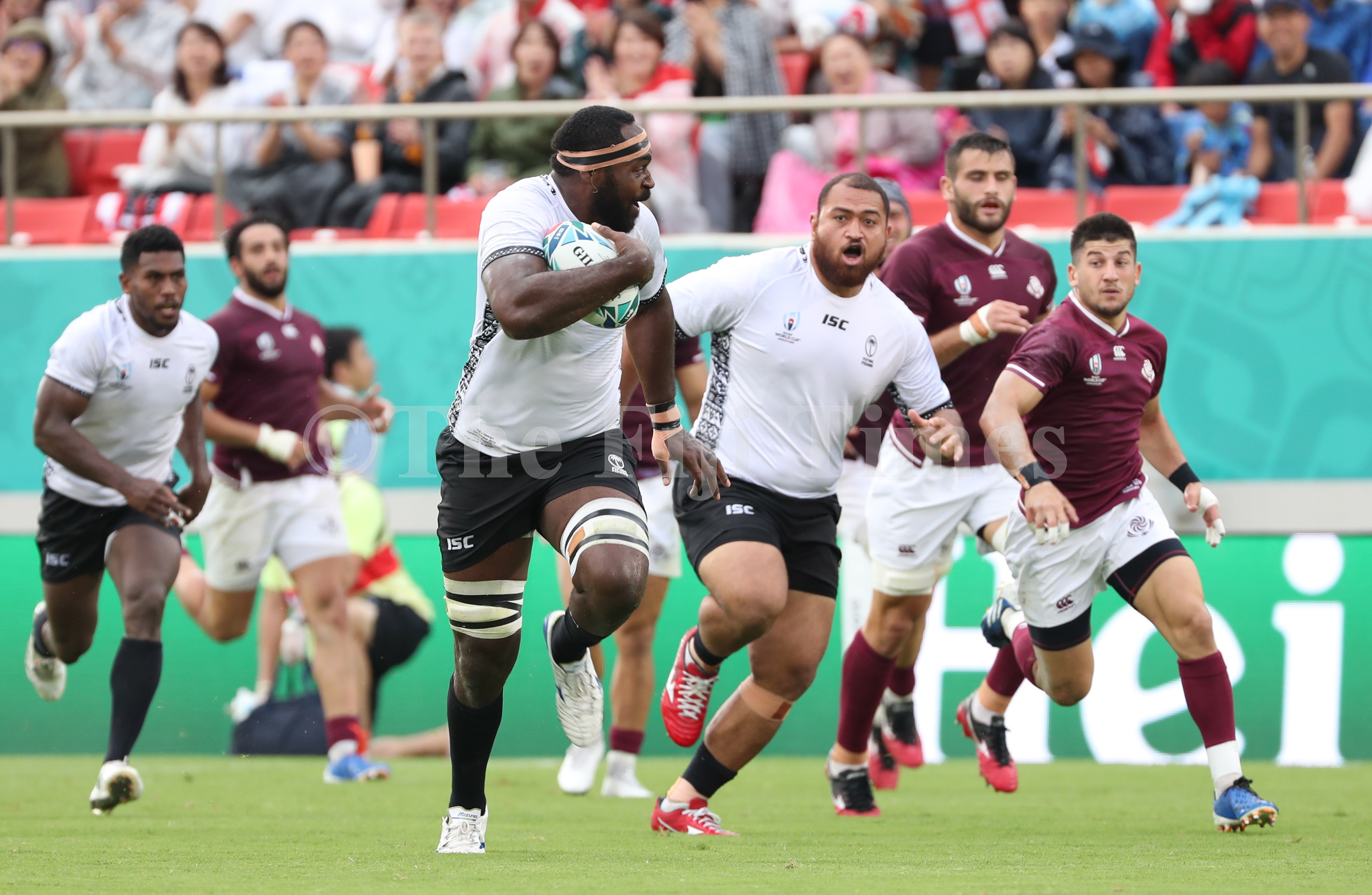 TODAY is D-Day for the Flying Fijians at the Rugby World Cup in Japan.

We play our last pool match against a side that brims with superstars of the game.

When all things are said and done, this afternoon’s game may well be our last chance to show the world what our team can do on the highest pedestal of world rugby.

There is no stepping back.

We have one shot at showcasing our flair, our pace, pushed passes, and maybe one final chance to show what we have learnt in the set pieces.

Picture this, when we entered the 2015 RWC, the rugby world was given a glimpse of our improved scrum.

We held a very powerful England eight, and later came off with a blinder against the Australian Wallabies’ scrum.

It’s difficult to shrug aside that moment of joy for many rugby fans, when our scrum held the Wallaby eight for minutes, not giving an inch of territory away.

Youngster Ben Volavola was a fresh-faced number 10, slicing through the Wallaby defence for a try.

Our scrum gained ascendency against Georgia last week, arguably one of the world’s strongest scrums.

In the face of that, flyhalf Volavola appears to have come of age, playing with much more confidence, and direction against the Wallabies, Uruguay when he came on, and against Georgia.

Our star-studded backline thrived under pressure against Georgia.

It’s not going to be anywhere near the pressure they will face against Wales though.

Warren Gatland has broken up his back row for the game against Fiji this afternoon, however, he retains 13 players who have started all of Wales’ matches in this RWC.

National coach John McKee knows it is going to be tough against Wales.

He believes emphasis will be on the breakdowns, a fact not lost to rugby fans, especially following the way the Welsh nullified the threat of Australian Wallabies back rowers David Pocock and Michael Hooper, to gain momentum and victory.

While Fijian fans will be leaning back on our 2007 victory over Wales in the final round of the group stages in Nantes to motivate the Flying Fijians, we cannot get past the fact that Wales will head in as hot favourites on paper.

The defending Six Nations champions are on fire right now.

All that will be left by the wayside this afternoon though.

The excitement is building up.

There is a lot of anticipation in the air.

The Flying Fijians will head into today’s clash carrying the hopes and aspirations of an expectant nation.

Whatever happens on the field, we look forward to each member of the team coming with their A-game today.