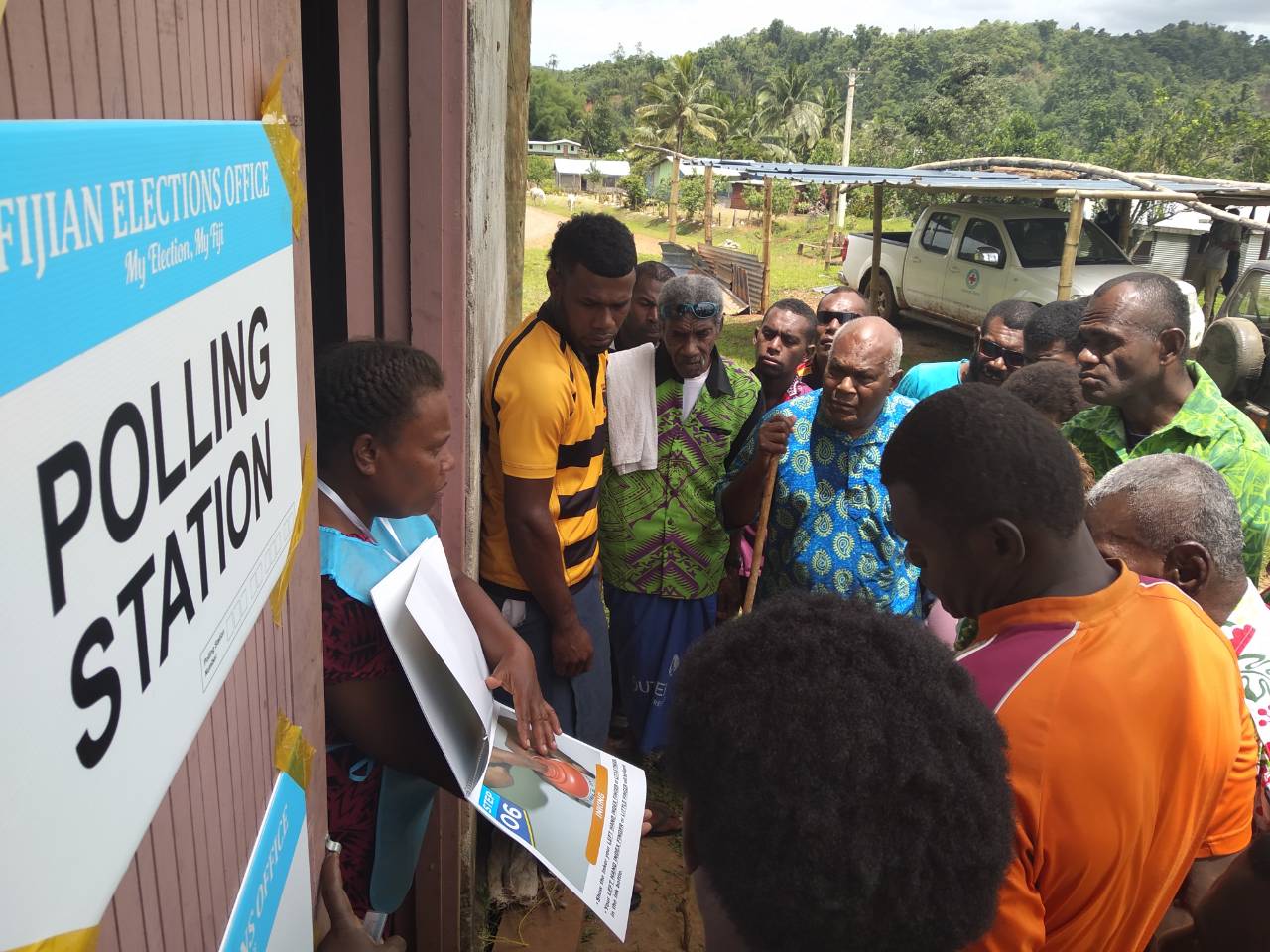 An FEO official explains the voting process before Vanuakula villagers took to the polls in Nalawa, Ra. Picture: REPEKA NASIKO

WE are just a day away from the start of the blackout period as we count down to election day on November 14.

There is a sense of expectation in the air.

The political parties are already lapping up the final days of campaigning.

Today they have probably their final really big day to try and convince the masses to carry them into Parliament.

Today will definitely be about engaging the masses.

It will be about starting the wrap up of their campaigns as we switch on for the polls.

If there are still undecided voters out there, then the parties have one final shot at trying to convince them to swing over.

The key is trying to convince the swing voters.

The campaign period has been intense.

Targets obviously have been different for the parties.

Strategies have differed as well.

They have had to make appropriate changes to their focus of attack over the past two weeks.

For the keen follower of this rather interesting lead up to the elections, it was evident.

Whether parties tried to offer themselves as an alternative option for government, or strategically worked on the perception and mind-set of the undecided voter, it made for an exciting period of political manoeuvering.

Campaigns can be quite tough.

They can be demanding and rather stressful.

They can open up cans of worms so to speak, take a hit at images, and inch out frustration.

But it’s all part of the action of an election year.

At the end of the process, in the face of the debates, finger pointing, heated messages and all the rest, sits the very important element in this process – the voter.

You have the power to vote in our government.

You have the power to decide who will lead us after November 14.

It has been an interesting campaign period for us as well.

Work, however, does not end here, much like it doesn’t for the parties.

We hope we aided in disseminating news that was relevant.

We hope we have been able to help you understand the various parties better, and aided in raising issues of importance that you can relate to.

It has been a massive challenge for The Fiji Times to remain steadfast in this period, adhering to the demands of our profession.

We now prepare for the next phase of this important process for our nation, just as you should be prepared for November 14.