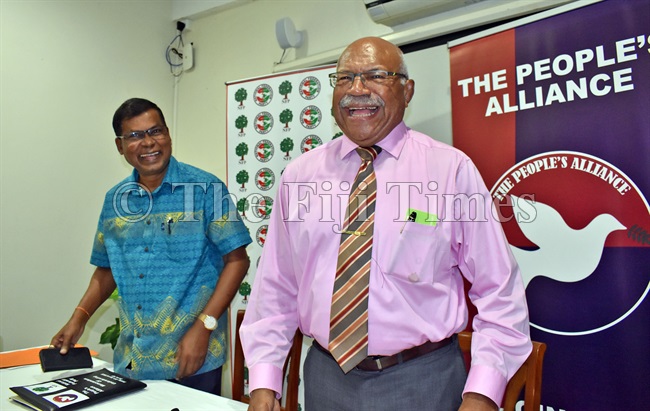 An economic summit will be held in the first 100 days of The People’s Alliance and National Federation Party-led government.

“It’s going to be a tough job because they have run down the economy,” he claimed.

“The poverty rate is almost 50 per cent. The agriculture sector has been neglected for 15 years.

“The dairy industry has gone down because they put all of their eggs in one basket.”

He said their government would ensure an economically viable environment was created.

“What we will do, but first we will create the environment.

“We will create the confidence and change some of these stupid laws that this Government has put in place so that we can promote our community enterprises, our people in the agriculture sector and our people in the dairy industry. ”

And so that we diversify the economy.

“We are going to consult labour leaders, workers leaders and we will create a collective vision, policies and implementation framework that will deliver the recovery that we will expect to happen soon after we get into government.”