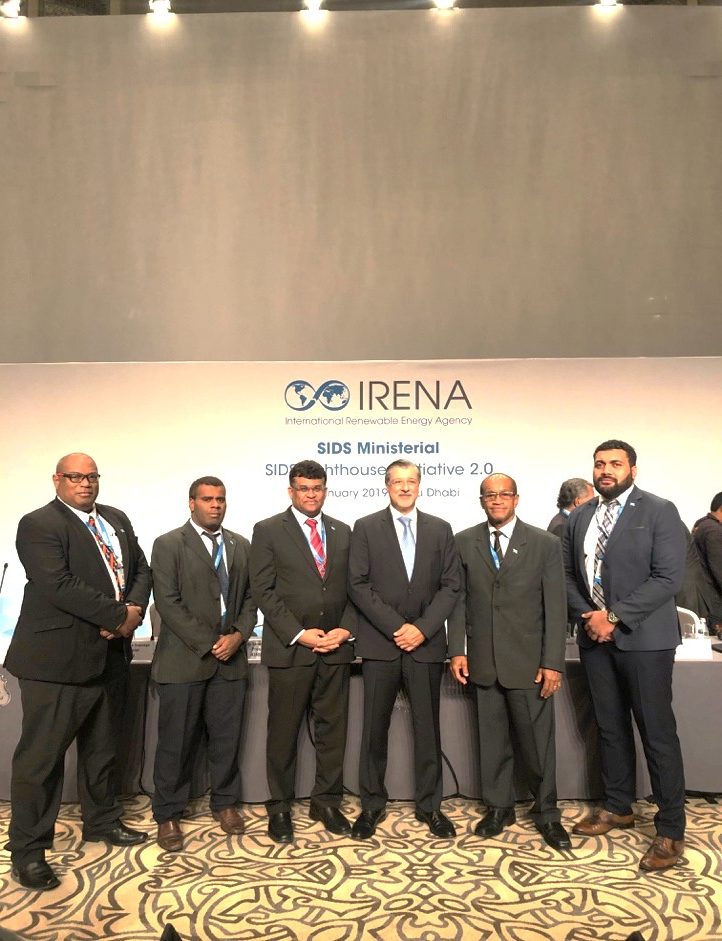 This was the comment made by International Renewable Energy Agency director-general Adnan Z. Amin during the ninth IRENA Assembly in Abu Dhabi, UAE.

Mr Amin said IRENA’s almost-universal membership was an indication that renewable energy was truly a global undertaking and a key policy priority for countries all over the world.

The three-day event that started on Friday ended yesterday with 1200 participants from 160 countries attending the event.

A Government statement stated the Assembly presented an opportunity for Fiji to continue the momentum set forth during its COP23 Presidency, as well as focus attention on the integrated nature of renewable energy and climate change, and more importantly the transition efforts by Fiji towards a 100 per cent-dependent on renewable energy.