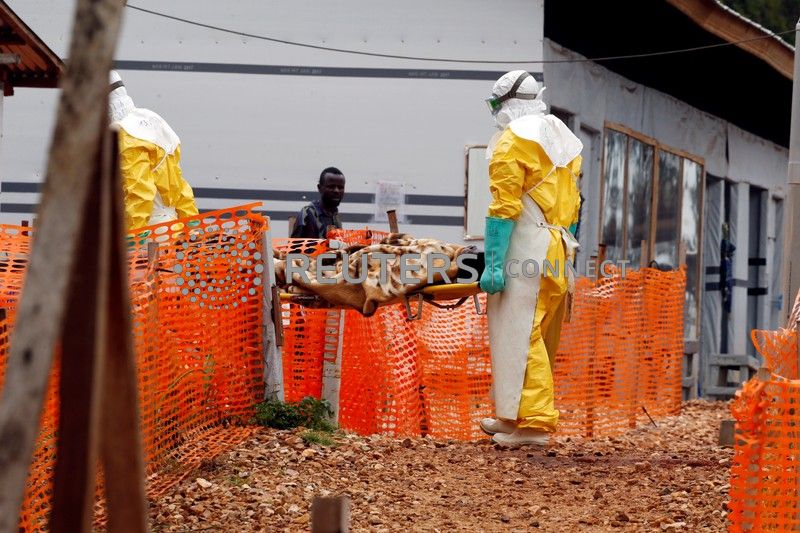 Repeated attacks on treatment centres by armed militiamen and community members who think Ebola is a conspiracy against them have hampered the response to the second-deadliest outbreak of the haemorrhagic fever in history.

In the latest attack, on a hospital in the city of Butembo, a senior World Health Organization (WHO) epidemiologist from Cameroon was killed and two others wounded last Friday.

At a protest on Wednesday in Butembo, the biggest city to be affected by the current outbreak, dozens of Congolese doctors and nurses marched behind a banner reading “Ebola exists” and urged authorities to take additional security measures.

“If our security is not guaranteed, we will go on strike from the first week of May,” Dr. Kalima Nzanzu said, reading from a memo to Butembo’s mayor, Sylvain Kanyamanda.

Kanyamanda told Reuters that he understood the health workers’ frustrations and that the government was determined to respond to their demands.

The latest outbreak of Ebola, which was declared last August and is Congo’s tenth since the virus was discovered in 1976, is believed to have killed 880 people and infected nearly 500 more in North Kivu and Ituri provinces.

The military prosecutor’s office in North Kivu said on Wednesday that authorities had captured the suspected ringleader of last week’s attack, as well as about a dozen other suspects.

Prosecutors believe the assailants belong to an armed group called the Patriotic Union for the Liberation of Congo (UPLC) based on a tract left at the hospital threatening health workers.

Dozens of militia are active in eastern Congo’s borderlands with Rwanda, Uganda and Burundi, where they run lucrative rackets and fight over land, ethnicity and mineral resources.