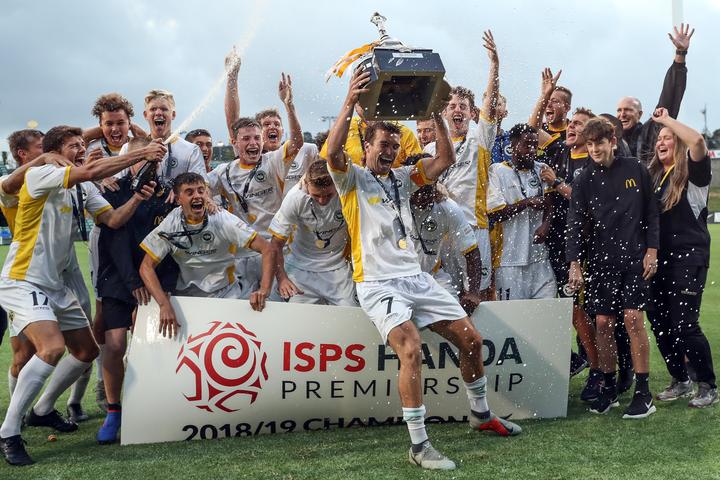 Eastern Suburbs will take a step into the unknown this weekend when the New Zealand domestic football champions make their OFC Champions League debut.

Head coach Tony Readings, who only joined the club four months ago, said it’s an all new experience.

“The club’s never done it before – there’s a lot of clubs in New Zealand like your Auckland City’s and your Team Wellington’s that have got a lot of experience but for us this is new and it’s really exciting.”

“Really exciting for the club and a lot of the players and behind the scenes are really looking forward to it because it is a privilege and an honour to play in a tournament of this magnitude and you’re representing New Zealand.”

Readings said goalkeer Danyon Drake and midfielder Daniel Drake are the only players in their squad with previous Champions League experience.

“We’ve had a few players that have played for New Zealand at age-group level so they’ve had experience playing in the islands but in terms of playing in the Oceania Champions League no it’s quite a new team including the staff as well.”

“The staff don’t have much experience in that and I’ve travelled a lot to the islands and Papua New Guinea when I was with the Football Ferns but in terms of this competitions it’s quite a new experience, which is why I think it’s exciting for the group.”

Eastern Suburbs are currently fourth in the ISPS Handa Premiership standings but will miss the next two weekends of domestic competition as they turn their focus to the Champions League “pool of death” in Port Moresby.

The newcomers face an imposing debut on Sunday afternoon against Papua New Guinea league-leaders Hekari United, who won the regional title in 2010 and are making their return after a three years absence.

Tony Readings said they’ve managed to watch some footage of the hosts and are bracing themselves for a massive challenge against a team who can be unpredictable with the ball at their feet.

“We know that they have a lot of pace, athleticism in their team – particularly in those forward positions. We know they like to play football, they like to keep possession of the ball [and] so do we so that should be a good battle between the two teams there.”

Tony Readings said while they want to go as far as they can in the Champions League, the priority is to help young players fulfill their potential and use the club as a stepping stone to bigger things.

“If we can emerge through this group I think we are a team that is continually getting better, continually improving and I think then we could be a contender.”

Reigning champions Hienghène Sport from New Caledonia will begin their title defence against ABM Galaxy from Vanuatu before Eastern Suburbs and Hekari United square off.