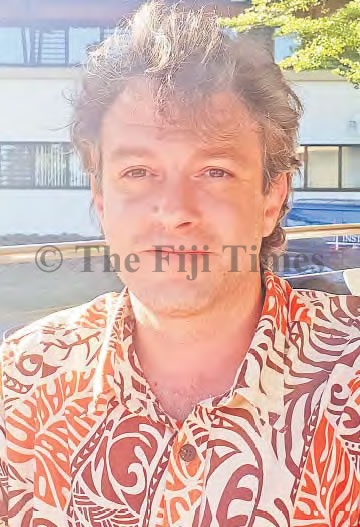 THE Coastal Inundation Forecasting Demonstration Project in Fiji (CIFDP) can be used to monitor and detect tsunami and cyclone wave forecasts in the future.

Mr Damlamian said the CIFDP was an early warning system for wave flooding and it was currently being trialled along the Coral Coast at Maui Bay just outside Sigatoka.

“In Fiji, especially along the Coral Coast, you will get some flooding,” Mr Damlamian said.

“Take for example when big waves that come in and flood the coastal areas despite no storms or cyclones, “So this is an event that happened sometime back in 2010, 2011 and twice last year and it is quite a recurrent event.
“So SPC worked in partnership with the Fiji Meteorological Service and World Meteorological Organization (WMO) for this project.

“Our team looked at developing an innovative forecast system that will be able to forecast seven days in advance these types of inundation events and this system is tailored to the resources which are currently available at the Fiji Meteorological Service.”

He said the CIFDP was a demonstration project which started three years ago.

“As part of the design of the system, we’re not just modelling the ways and stimulating the waves of inundation, but there is also a critical component which is the floating device called the buoy placed in the ocean.

“This will record the wave that is coming in and provide us with real time information of that particular wave to the Fiji Met Office and the population.

“So the system has been running as a better version in our office and providing the forecast over the past one-and-a-half years as a testing mode.

“What we found out is that last year the system was able to predict two inundation events that occurred at the Coral Coast in May and November.

“This was a successful prediction.

“The first wave in May was almost a five metre wave.

“These waves are generated by extra tropical storms which are very large in nature.

“These storms form thousands of kilometres away and the storm that caused this particular wave to affect the Coral Coast had actually generated in the South of Australia.

“These storms generate these kinds of waves and thus the waves propagate across the Pacific.

“So it took the waves few days to reach the Coral Coast.”

He added the system could indicate how far with certainty the water would go inland and provided graphical information to tailor your response to that particular event.

“In November last year, we had a very common wave in length of 2.4 metre.

“However, because the water level was so high at that time since it was spring tide, the mean level of the sea was a bit high as usual, the system actually had predicated some inundation and this event certainly would not have been predicated without the system.”

He highlighted the need to have few more components placed into the system to make it a fully-fl edged system.

“Since July 1 this year, we have started with the last phase of the project with the Fiji Met Office to expand the forecast system.

“Right now, the forecast system is around Maui Bay which is our test site and we want to extend this to all the sites around the Coral Coast.”

He added there was also a need to find a sustainable way to maintain the monitoring station that was required for the system.

“At the moment there is no monitoring system but over the last three years we did deploy two wave buoys of Shangri-La Resort.

“These were deployed at 200 metre depths done in partnership with the French National Research Institute for Sustainable Development (IRD) and the University of the South Pacific.”

He said their main aim was to provide timely, accurate, and actionable information as base-line data was able to be collected through the project.