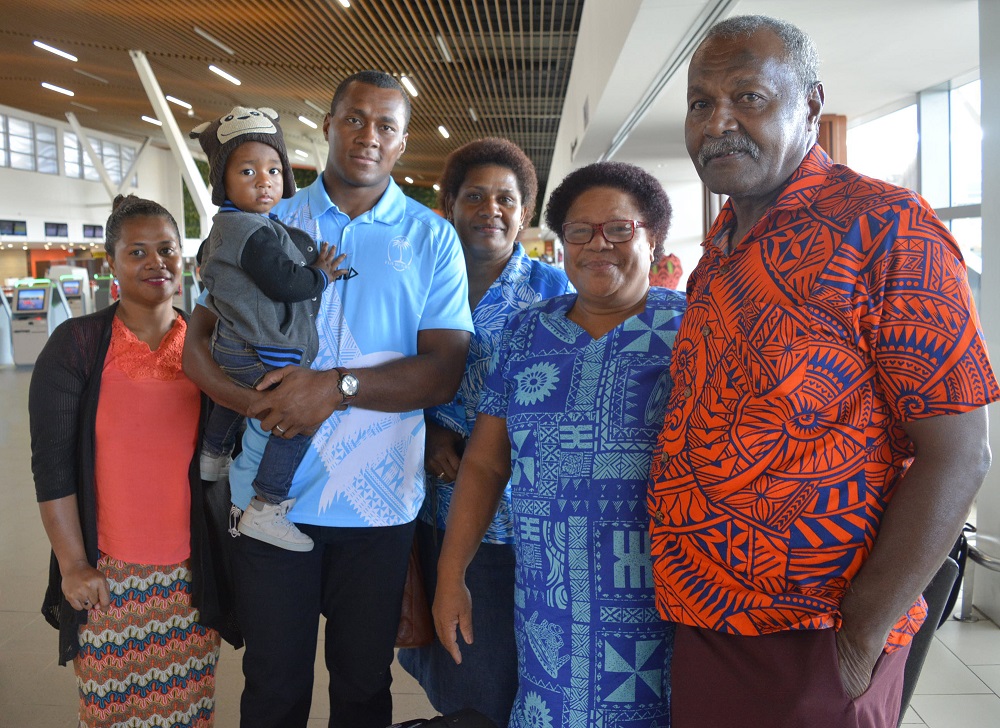 THE Fiji Airways Fiji 7s team left for the HSBC World Rugby Sevens Series London 7s yesterday in a bid to acclimatise to the conditions a week early.

The team will face Kenya, France and Samoa in its pool in London. Fiji 7s assistant coach Kane Jury said they were going early to get the body of the players in the right shape.

“It will be a long flight,” Jury said.

“The opportunity to go to London and Paris is exciting and one which we are taking with two hands and with big smiles on our faces. The boys are really excellent and I don’t think there is really much that bothers them. They stay tight as a group and goes and one.”

Jury said their aim was to be consistent in the tournament.

He said they has seen Kenya, France and Samoa and knew that they were going to be tough competitors.

“We met France in the final in Hong Kong so for us it will be about consistency at the restarts and defence.

“It is about getting better in every game and we found that in Singapore. In Singapore we found ourselves in a very tough situation on day one.

“On day two we came together and put on some performances that we can be proud of.”