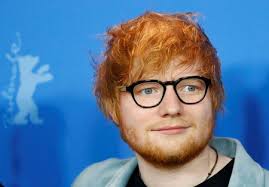 LONDON (Reuters) – Less than two months after telling fans he was stepping back from new music to deal with personal issues, Canadian pop star Justin Bieber gave them something to cheer about on Friday, releasing a new song with British singer/songwriter Ed Sheeran.

Sheeran has co-written a song for Bieber before, but their new single “I Don’t Care” was the first the two chart-toppers have released as a duet.

Both singers, who each made news in the past year by getting married at secret weddings, had teased fans on social media this week about the track, in which they sing about feeling out of place at a party but finding support in someone close.

“Me and @justinbieber have got a new song out. It’s called ‘I Don’t Care’ hope you like it,” Sheeran wrote on his Instagram page, while Bieber simply tweeted: “It’s out. I don’t care”.

In March, 25-year-old Bieber, a teenage heartthrob who shot to fame aged 15, told fans he was “focused on repairing some…deep rooted issues” and was putting new music on hold.

A month later, he surprised revelers at the Coachella music festival by joining singer Ariana Grande on stage for an unplanned performance of his hit single “Sorry”, after which he said a new album would come “soon”.

Bieber’s last album came out in 2015. Last year he collaborated with DJ Khaled and others on single “No Brainer”.

Sheeran’s last album “Divide”, released in 2017 and featuring hit singles “Shape of You” and “Perfect”, topped charts around the world.