Dutch hostage in Philippines killed while trying to escape from militants 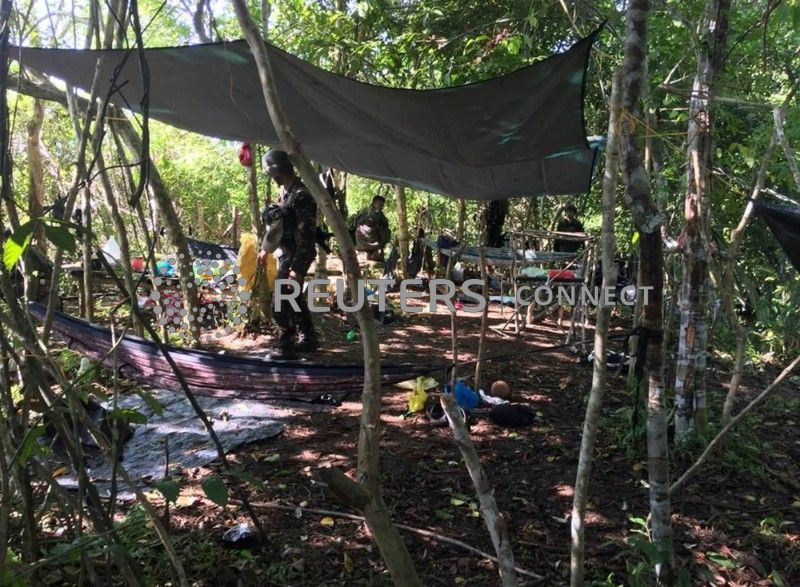 Soldiers walk through a temporary shelter, where Ewold Horn, a Dutch photographer, was held hostage by Islamic State-linked Abu Sayyaf group militants, after he was killed by his captors when he tried to escape during a clash between government troops and the militants on Sulu island, the Philippines, May 31, 2019. Joint Task Force Sulu/Handout via REUTERS

MANILA (Reuters) – A Dutch photographer held hostage by Islamic State-linked militants in the Philippines since 2012 was killed on Friday by his captors when he tried to escape during a firefight on a remote southern island, the military said.

Ewold Horn, a wildlife photographer, was shot by his guards from the Abu Sayyaf group when he tried to flee during a clash between government troops and the militants, said Brigadier General Divino Rey Pabayo, commander of a Joint Task Force on Sulu island.

Horn and a fellow photographer, Lorenzo Vinciguerra from Switzerland, were taken captive as they were sailing off an island called Tawi Tawi on a bird-watching trip more than seven years ago and later taken to Sulu. Vinciguerra escaped in 2014.

“I am shocked by this terrible outcome,” Blok said, “I have been in contact with the family. I will ask my counterpart in the Philippines for further clarification.”

Six militants were also killed in the firefight in the town of town of Patikul on Sulu, Pabayo said. The circumstances of the firefight were not immediately clear.

“We vow to pursue his killers to the ends of the earth until they are brought to justice,” the president’s spokesman, Salvador Panelo, said in a statement.

Also killed during the clash on Friday was Mingayan Sahiron, the wife of Radullan Sahiron, a senior leader of the Abu Sayyaf, the military said.

Radullan Sahiron is on a U.S. State Department wanted list with a $1 million reward for his capture since his involvement in the kidnapping of U.S. tourists in 2001.

He was believed to have escaped the clash, another military spokesman said.

The Abu Sayyaf, a small but violent group in the Muslim south of the largely Catholic Philippines, has been known for extortion, kidnappings, beheadings and bombings, and has pledged allegiance to Islamic State militants in Iraq and Syria.

It earlier pledged allegiance to the al Qaeda militant group.