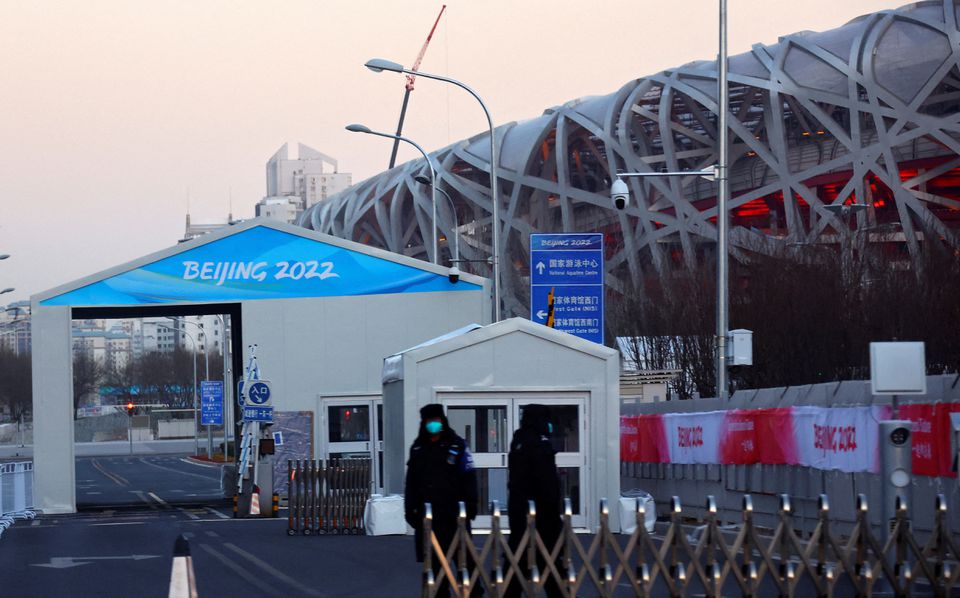 A car checkpoint is pictured in front of the National Stadium, also known as the Bird's Nest, where the opening and closing ceremonies of Beijing 2022 Winter Olympics will be held in Beijing, China January 11, 2022. REUTERS/Fabrizio Bensch

The urgent advice to athletes and supporting staff to not bring any personal devices to China was part of a set of measures proposed by the Dutch Olympic Committee (NOCNSF) to deal with any possible interference by Chinese state agents, the paper said citing sources close to the matter.

NOCNSF spokesman Geert Slot said cybersecurity was part of the risk assessment made for the trip to China, but declined to comment on any specific measure.

“The importance of cybersecurity of course has grown over the years”, Slot said. “But China has completely closed off its internet, which makes it a specific case.”

Dutch team members will be equipped with unused devices in China, to protect their personal data from Chinese surveillance, the sources told De Volkskrant.

At least 30 Dutch athletes are set to compete in next month’s Beijing Olympics, mainly in the speed and short track skating events.