Duo back to play 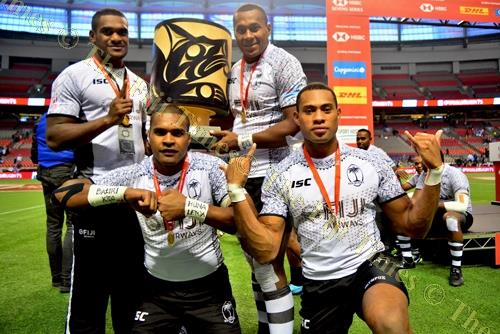 THE Fiji Airways Fiji 7s team head coach Gareth Baber has confirmed that robust forwards Ratu Josua Vakurinabili and Paula Dranisinukula will be eligible for a spot in the Hamilton 7s tournament next month.

The two key players missed out on the last leg in Dubai and Cape Town because of injuries.

Baber said the two players had shown progress during the training sessions for the past few weeks.

“Both players weren’t available for Dubai and Cape Town but are both available for selection obviously Josua Vakurinabili is ahead of Paula in that and Josh is back in full training,” said Baber.

“With the ankle injury Paula will take a little bit longer to recover but he we will not count him out because I know his capabilities and if he’s good for the next tournament or the rest of the season but I don’t want to do anything that will set him back.”

Baber has spoken highly of Dranisinukula and Vakurinabili on their consistency since they made their debut last year.

“The first time I saw Vakurinabili and Dranisinukula was in the Coral Coast 7s tournament and they’ve been progressing well throughout the process and now they are one of my top players in the team,” Baber said.

Meanwhile, Fiji is in Pool A with Australia, Wales and Argentina in Hamilton.

Fiji plays its first match against Wales on Saturday, January 26 at 10.52am, Argentina at 2.42pm and the last pool match against Australia 6.52pm.

The Hamilton 7s tournament will be held from January 26-27 in New Zealand where Fiji will be defending the title.