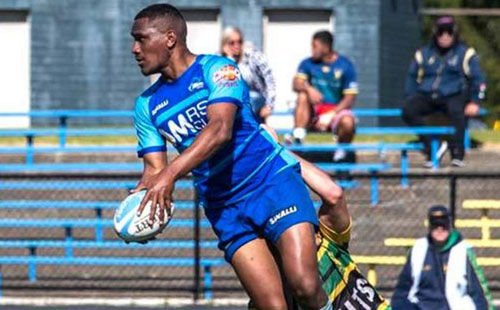 Lone Fijian Solomone Vosaicake will have his flair tested in this weekend’s Dubai 7s tournament as the Australian men’s side has been confirmed when the team looks to return to the World Series for the first time since 2020.

Rugby.com.au reported the inclusion of eight debutants, including Vosaicake, the new-look side will draw on its core contracted playing group for a wealth of experience while building through the next generation of Australian 7s stars.

Vosaicake who played for the Western Sydney Two Blues in the Shute Shield rugby last year was among the top young players to watch were revealed by The Daily Telegraph.

“He has a big future ahead of him and is a future first grader at the Two Blues if he continues his trajectory of hard work,” the report reads.

“Each of these players have a fascinating story, filled with determination and resilience,” Australian men’s head coach, Tim Walsh told rugby.com.au.

“To award caps to a third of the players in one tournament is a humbling and unique experience that showcases a new era in our team’s future.”

The Australian, drawn in Pool A, will face Canada and France and reigning Olympic gold medallists Fiji on day one of the competition before progressing through to the finals on Saturday.