Dry weather looms, students resort to bathing in the sea 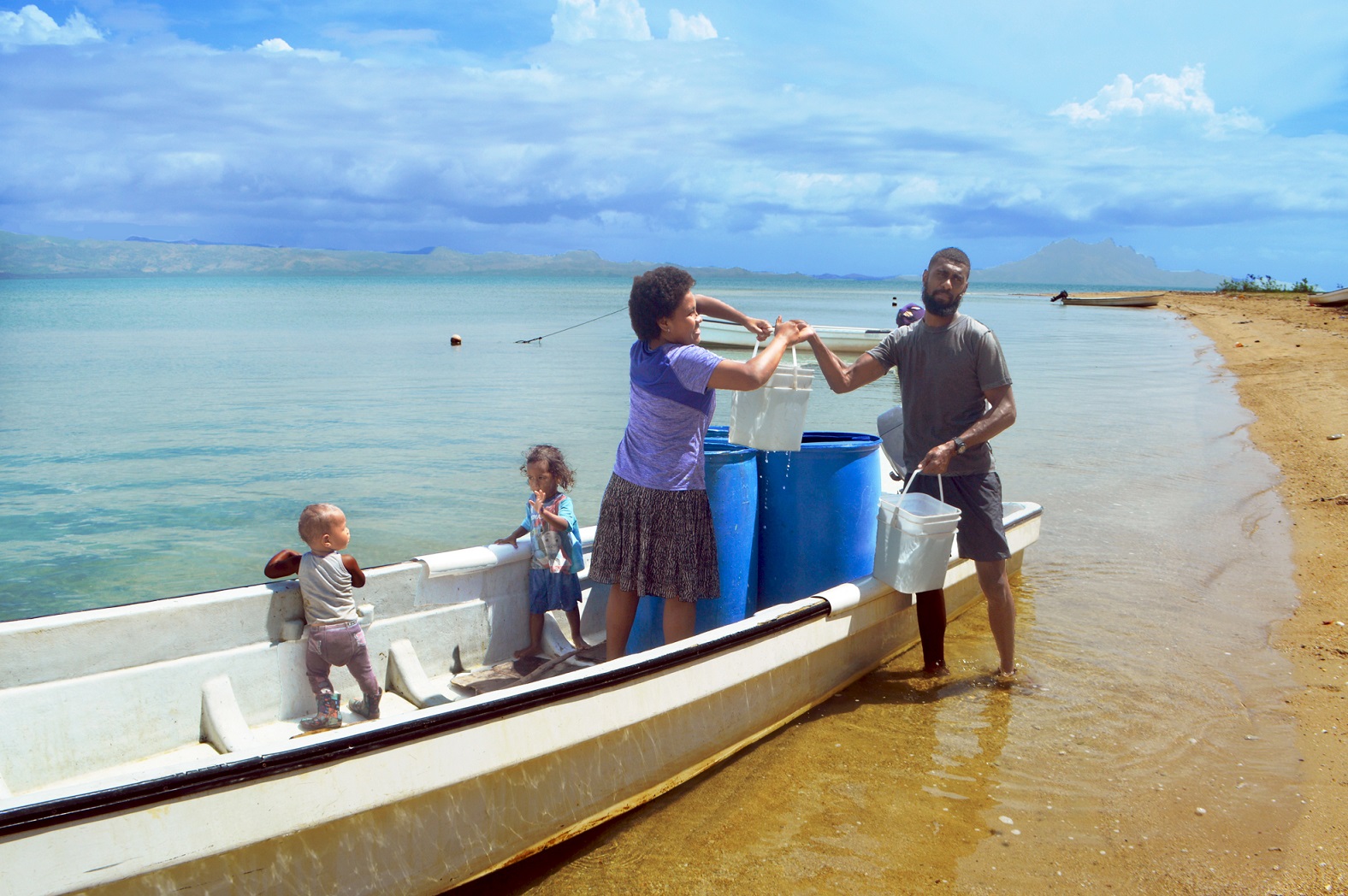 A family on Galoa returns from filling water from a submerged broken pipe off Galoa that extends from the main land. Picture: LUKE RAWALAI

BOARDERS of Galoa Primary School in Lekutu, Bua have resorted to bathing in the sea or in a slimy green pool to cope with the dry weather that is causing water scarcity on the island.

The school’s chairman, Nemani Ramasi said the biggest problem in the school of 70 students was the scarcity of water.

Mr Ramasi said they had rationed their water usage in the school, adding that a few tanks were filled during a tour by the Government vessel Sigavou a few weeks ago.

“The water ration in the tanks is strictly for drinking purposes only so that children can continue to have classes,” he said.

“At the moment, piped water from the mainland is still to reach the school which is not helping the situation, considering that children need water to cool their body in this dry weather and for their mind to function well in classes.”

Mr Saraqia said of the 64 families in the village, more than 10 tanks were filled from the Government vessel Sigavou which also managed to fill the village tank which had a capacity of approximately 18,000 litres.

Commissioner Northern Jovesa Vocea confirmed to this newspaper that MV Sigavou was distributing water in the Bua and Macuata maritime areas during the last two weeks.

Last month, the Fiji Meteorological Survey reported the lowest rainfall ever in 65 years for Nabouwalu with 3 millimetres of rain for August.