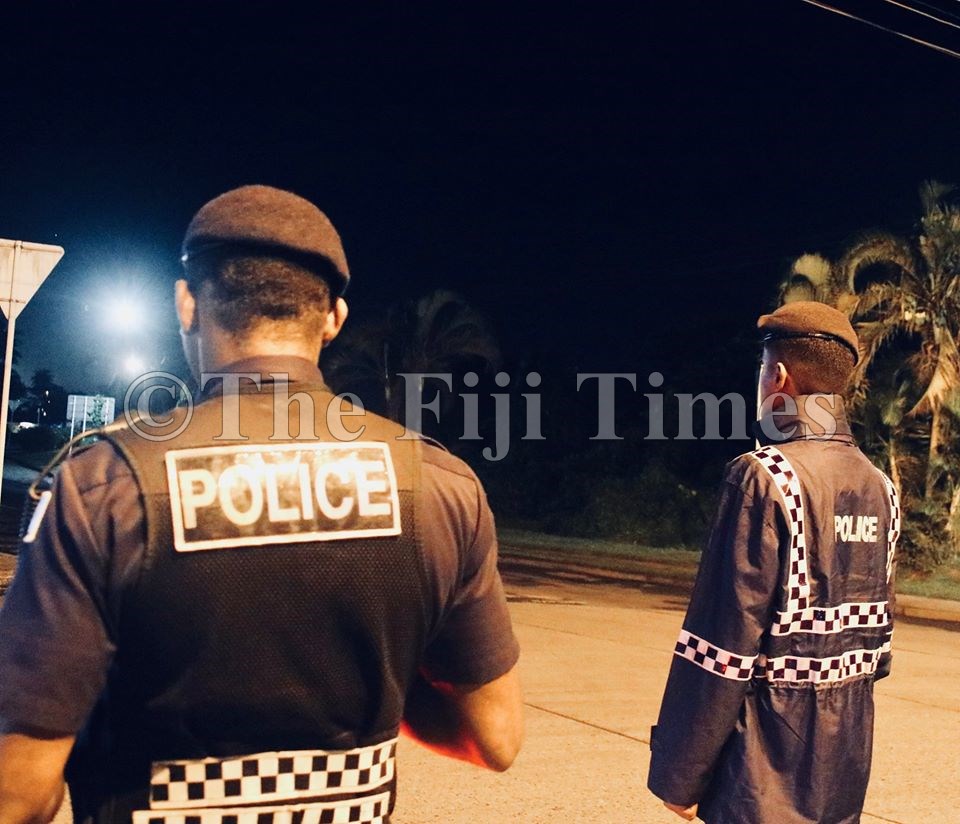 Policemen on guard at a checkpoint during curfew hours. Picture: SUPPLIED/FIJI POLICE

A 15-year-old who was found drunk and loitering at the Nausori Bus Stand is among the 27 people arrested for breach of curfew restrictions from 11pm last night to 4am this morning.

Acting Commissioner of Police, Rusiate Tudravu said the Central Division recorded twelve cases, ten cases in the Southern division, three in the Eastern division while the West and North both recorded one case each.

“The twelve arrests recorded in the Central Division involved eleven men and a woman who were drunk and moving around the city area,” A/CP Tudravu said.

“The ten arrests recorded in the Southern Division were made in Nasinu, Raiwaqa, Valelevu and Navua. Nine of the ten reports involved men who were drunk,” he said.

“The one arrest made in the Western Division involved a 40-year-old labourer who was walking along the Nadi Hospital Road drunk.”