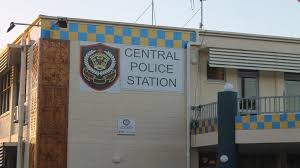 NUKU’ALOFA, 15 JANUARY 2019 (PACNEWS) – Tonga’s Police Drugs Enforcement Taskforce continues to disrupt the supply of illicit drugs in the country, with the latest arrests of three men Sunday in Hauloto.

Two men aged 31 and 32 from Hauloto were arrested and while searching the property, a visitor to the residence was found with one pack of methamphetamine and immediately arrested.

All three suspects are in police custody to appear at the Magistrate Court this week.

“Tonga Police are committed to disrupt and detect the supply of drugs where thereby preventing the harm this illegal activity causes. Since the launch of the Drugs Enforcement Taskforce in April 2018 a total of 114 people have been arrested,” said Deputy Commissioner Vaisuai.

Police will continue to work with the community to prevent the harm illicit drugs cause and the ongoing criminal activity associated with their use.