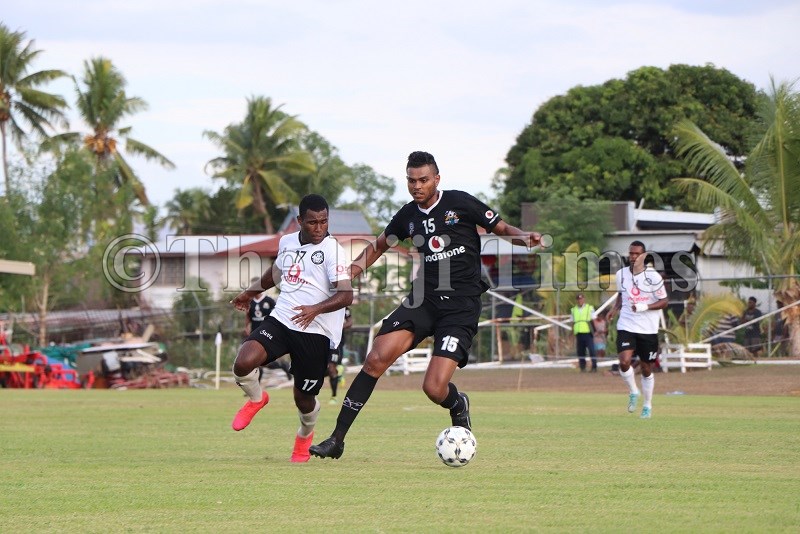 Striker Samuela Drudru proved to be the hero for Ba scoring a brace in the 3-1 victory against Suva in the Vodafone Premier League at the Fiji Football Academy Ground in Namosau on the weekend.

As a result the Men in Black moved to second place on the VPL points table with 15 points one behind leader Rewa. Drudru said the boys displayed teamwork.

He said the focus was now on the Punjas Battle of the Giants tournament which would starts this weekend.

“There are some things we need to work on as a group but the fans should keep their trust in this team,” Drudru said.

Suva coach Babs Khan said the result was shocking for them.

He said they were beaten by a better team on the day.

Manasa Nawakula opened the account for Ba in the 21st minute.

The home team led 1-0 at the break. Drudru scored in the 60th minute and then doubled his tally in the 73rd minute.

Sairusi Nalabu got the consolation goal for the Capita City Boys in the 85th minute.